This is all Ted Cruz’s Fault 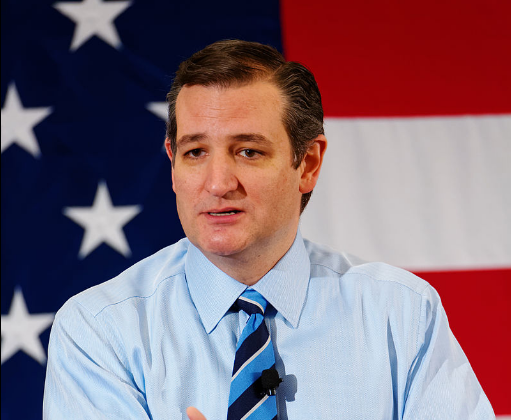 So, we are going to nominate Donald Trump at the GOP Convention in Cleveland over the summer and he is going to start about 20 points down from Hillary Clinton.

Trump might be able to rebrand himself (after all, branding is his business), but most likely he won’t be able to get the voters to completely forget who he was at the beginning of the campaign.

The problem that faces Trump is twofold. One, is Trump himself. He has no political experience, no policy expertise, he is undisciplined and he is prone to making big mistakes.

The second problem is demographics. Republicans have only won one of the last six Presidential elections in the popular vote category, and the demographics have only gotten worse for the GOP.

There simply are not enough angry, old white people in the country for Republicans to win. The GOP needs to get at least 40 percent of the Hispanic vote, 10 percent of the black vote and 35 percent of the Asian vote to have a chance to compete.

This comes as no surprise. The Republican National Committee put out a so-called autopsy after Mitt Romney lost that outlined precisely what it had to do to be more competitive in Presidential elections.

And then came Ted Cruz.

And at every point where the Republicans tried to go to make the party more effective, there was Ted Cruz to stop that progress.

It was suggested that we pass immigration reform so that we could start a conversation with Hispanic and Asian voters.

Cruz stopped the immigration bill in its tracks.

Had we passed immigration reform, as outlined in the Senate bill, we would have built a bigger wall on our Southwestern border, we would have had a border surge which would have dedicated more resources to stop illegal immigration, but we also would have had a path to citizenship for people who have lived here for a decade or more. We would have also had e-verify in place to make it more difficult for businesses to hire illegal aliens.

Marco Rubio would have been the hero of the moment and his crowning achievement would have allowed him to make a strong case for the White House.

But Ted Cruz couldn’t allow that to happen and so he stopped it, along with his colleague Senator Jeff Sessions (who would later endorse Donald Trump).

During that same time period, Cruz led the fight to shut the government down and to block John Boehner’s efforts to get some solid legislative achievements to move the country forward.

Cruz reveled in the government shutdown. It was his strategy. He first advocated its use to repeal Obamacare, which as we know now, was not a real strategy.

Cruz collaborated with the Freedom Caucus to actively undermine every single legislative effort promoted by the House and Senate leadership. And then he condemned them for their inability to produce anything.

Cruz was able to parlay Congressional inaction into a clever marketing scheme made to make him look like a conservative leader. And from that platform, he was able to build a database of supporters who he would later use to fund his Presidential run.

Despite the fact that Cruz had exactly the same amount of experience as Barack Obama when Obama first ran for the White House (an amount that most Republicans thought was insufficient), the Junior Texas Senator announced at Liberty University that he was running for President.

Coupled with the donations of Christian conservatives, came money from wealthy Wall Street families, including millions of dollars from the Mercer family. The Mercers hated the Internal Revenue Service because they ran into some problems with the IRS when it came to paying their own taxes.   Cruz was also able to parlay his wife's connections - she was a former executive at Goldman Sachs --  to raise a ton of money.   He raised this money as he accused the Republican leadership of being too cozy with Wall Street.

At the beginning of the campaign, Cruz actively propped up and supported Donald Trump. He made an unholy alliance with the billionaire, refusing to attack him in the hopes that he would at some point be able to take his voters from him.

In the meantime, Cruz continued to attack the so-called Republican establishment, calling Senate Majority Leader Mitch McConnell a liar on the Senate floor and helping to foment a coup against House Speaker John Boehner.

Is it any wonder that the Republicans are in such desperate shape and face a daunting task this election cycle?

I blame Ted Cruz for all of this. And if you ask most Republican Members of the Senate, I would venture to guess that they would agree with me.

We have Donald Trump as our nominee and for that we can thank Ted Cruz. Thanks Ted.