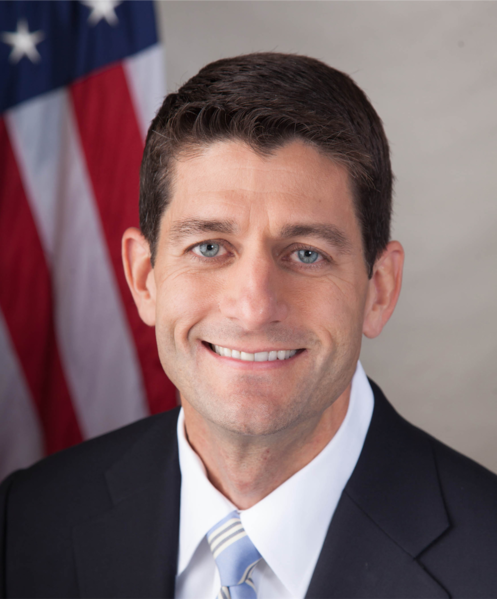 How should Paul Ryan engage Hillary Clinton, should she win the White House and he keep his Speakership?

There are no obvious pathways forward.

The country is bitterly divided.  The Republican Party is fractured and angry.  There is little love and even less trust between the parties in Congress.

The choices that Ryan makes, though, will have long ramifications for how the country moves on from a crazy election and if the GOP can heal itself after the Trump insurgency.

History can provide some guidance.

In 1981, Ronald Reagan came to power with a mandate to bring change to Washington.  He had some big ideas about how to grow the economy and restore the military.  In his way stood Tip O’Neill, a big burly Irish politician who presided over his own fractured caucus.

O’Neill had the gavel, but he didn’t have the votes to stop Republicans and conservative Democrats from joining together to pass the bulk of the Reagan economic agenda.  And so O’Neill did the only thing he thought he could do, which was to allow the president to move forward on his agenda.

O’Neill didn’t like supply side economics and he thought the president’s plan wouldn’t work.  But he also acknowledged that for the good of the country he had to allow the process to move forward.

As is usually the case, it was during the Congressional process where the Reagan agenda was implemented and it was during that first budget where House Republicans joined with boll weevil Democrats to win the day for the president.

O’Neill’s decision to allow the process to go forward didn’t make him any friends with the hard left, but it was the right thing to do for the country.

In 1999, Denny Hastert took over the Speaker’s gavel from the voluble Newt Gingrich.  The little-known Illinois Republican unexpectedly ascended to that office after the bitter and divisive impeachment of Bill Clinton.

Sensing that the country needed a return to normalcy, Hastert worked with Senate Majority Leader Trent Lott to unveil a four-point plan to “secure America’s future.”  It wasn’t flashy.   It didn’t promise to change the world overnight.  But it gave Republicans in both bodies an agenda to work on and restored the brand of the GOP enough that it was able to capture the White House two years later.

In 1993, when Bill Clinton beat President George H.W. Bush, Congressional Republicans similarly faced another crisis of confidence.  Clinton won with only 43% of the vote, and House Republicans actually picked up a few seats.

House Minority Leader Bob Michel promised to work with the new president when he responded to Mr. Clinton’s first address to Congress, but only when they could find common ground.  Instead, egged on by his political advisors, including his wife, Clinton unveiled an aggressive agenda that promised to raise taxes on energy (the BTU tax) and have the government take over health care delivery.

Republicans used every messaging device at their disposal to oppose both initiatives, which put the president on the defensive and set the stage for the historic 1994 elections.

In 2008, President Obama ran the same play that his predecessor, Mr. Clinton, ran 16 years earlier.  He, too, decided to eschew bipartisanship and, instead, passed an enormous economic stimulus package with no input from congressional Republicans.  He later succeeded where Mr. Clinton failed, by passing an ambitious health care reform law that similarly had no votes from Republican lawmakers.

Here are the lessons I take from this history.