One Week Out From the Presidential Election 2016 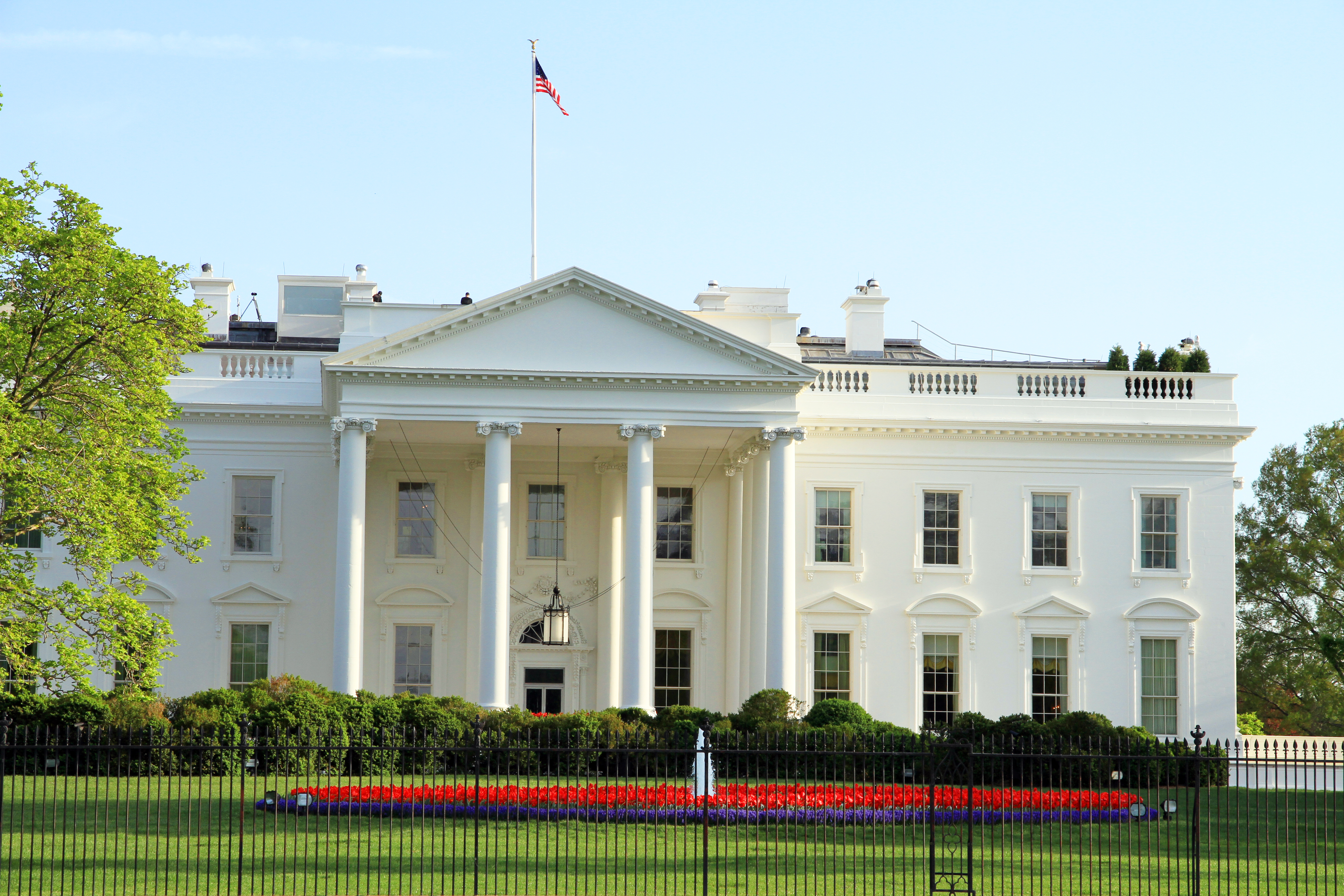 Thought I would share  my remarks to a group involved in the real estate industry that I gave today:

First of all, thanks for having me this morning.

We are one week out from having a good sense of who will be our next President and which party will control the Congress.

I don’t want to say that this election will necessarily be over next Tuesday because I remember well what happened in 2000.  Let’s hope that kind of close election doesn’t happen again.

Al Gore and George W. Bush both had their flaws, but at heart they understood their roles in our democracy.

Not sure the country can handle another 2000 this time around.

I took a quick gander at your top issues as an industry.

You all have a lot at stake in this election.  And both Presidential candidates have their good sides and their bad sides.

Say what you will about Donald Trump, but he has a pretty good sense of the real estate business.  He knows your industry inside and out.

That’s both good and bad.

One of his top tax proposals is to get rid of the carried interest provision in the tax code.  Keeping carried interest is one of your top legislative priorities.  With friends like that, who needs enemies?

Hillary Clinton, on the other hand, is a life-long politician.  The one famous real estate deal she got involved with, the Whitewater development, led to a special counsel investigating her entire life, which led us eventually the Monica Lewinsky.

Safe to say that the Clintons decided to steer away from real estate and decide that getting the most out of the Clinton Foundation was the best way to make money.

Immigration has been the top issue in this campaign.

Trump is against increased immigration, even though he knows how important immigrants are to his own business fortunes.  For example, his campaign attacked the use of H2B visas even though his company employed thousands of those visa holders.

I assume that his wife held a work visa before he married her.

Hillary, on the other hand, wants to legalize everybody who is here illegally, and then make them citizens as fast as possible.  She was quoted in a speech to some rich Brazilians that she is in favor of open border.

Trump’s promise on immigration has struck a chord with Republican voters and more than a few white working class Democrats.  He is reshaping the Republican party in ways few could have anticipated in the aftermath of the 2012 election.

But a funny thing happened on the way to the 2016 election.

Ted Cruz spent his short time in Senate sticking his fingers in the eye of Republican leaders and then going on Fox News and calling them cowards for not wanting to keep the government shut for an extended period of time.  He called his own leader, Mitch McConnell, a liar on the Senate floor.

Cruz was and is a complete jerk.  But he almost won the Republican primary.  Had he done better in the South, his natural homefield, he would have been the nominee.

Instead he ran into Donald Trump.

Nobody took Mr. Trump seriously at the beginning of this campaign.  With his silly hat, his outlandish promises, his fixation of Barack Obama’s birth certificate, his complete lack of policy or political experience, why would anybody think that he could be the nominee.

How could a New York real estate developer, who had been married for three times, had spent hundreds of hours on the Howard Stern show, who had declared bankruptcy several times, who had angered hundreds of contractors by playing hardball in contract disputes, who swore like a sailor and had a personal life that scandalized the most cynical observers, win the nomination of the Grand Old Party?

Well, he did it by cleverly identifying those issues that most concerned the average guy.

They were concerned about immigration, so he talked about ending it.

They were concerned about jobs, so he talked about bring them back.

They were concerned about personal safety, so he talked about crime.

They were concerned about political correctness, so he thumbed his nose at the politically correct.

They were concerned that America was somehow losing its mojo and that we weren’t winning anymore.  So he promised to make America great again.

Voters don’t actually care that much about sex either.  They assume that all politicians cheat.  They voted for Bill Clinton twice when they knew what he was all about.

Now, to be sure, some voters think that Donald Trump and his supporters are bad for America.

And of course, you have the Never Trump movement.  These are Republicans who either find Trump personally offensive, or they worry that Trump’s rejection of the Bush/Obama foreign policy adventurism is dangerous for the country and for the world.

Hillary Clinton, in her typical fashion, has run a conservative, conventional campaign.

She has tried to limit her mistakes and keep her options opened.

She has tried to keep the conversation about Donald Trump and his temperament.

She hasn’t made much news about her policy ideas despite having a tome for a policy briefing book.

With the help of the Obama Administration and of the DNC, she was able to dispatch Bernie Sanders before the Democratic convention and to get Bernie’s endorsement.

I would expect one of those two will the next Democratic nominee.

Hillary is a terrible campaigner.  Her message is flat, uninspiring.  But she is running a professional campaign.  She is well-funded.  She is running tons of campaign commercials.

There was talk of her expanding the map because she was so confident in winning her election.  She is spending money in Arizona and thinking about playing in Utah, Texas and Georgia.

But the great equalizer is Wikileaks.

And Wikileaks gives us a sense of the soul of the Democratic Party and of Clinton incorporated.

Team Hillary is trying to deflect what we find in these emails by blaming Vladimir Putin and claiming that Trump and the Russians are colluding.

But the damage to the Clinton brand is pretty substantial.

I can’t believe how stupid these people are to put some of this stuff in email.

Doug Band, Bill Clinton’s top advisor, spelled out in bold relief how Bill Clinton used the Clinton Foundation and the Secretary of State’s office to make himself millions of dollars.

This is exactly the kind of corruption that Donald Trump is running against.

And it is hitting at exactly the worst moment for the Clinton campaign.

Now we have the FBI Director telling Congress that it is reopening the criminal probe into the Clinton emails.

The Democrats loved Jim Comey when he decided to close the case.  Now they think he has broke the law and should be thrown in jail.

In any event, this race is going to be a lot closer than analysts thought a week ago.

I can’t predict the final result but I think there will be some surprises.

Hillary is trying to reassemble the Obama coalition, of millennials, blacks, Hispanics and women voters.

Millennials would rather see a meteor hit than vote for either candidate.  Black voters are uninspired to vote Hillary.  Hispanic turnout seems to be energized but they typically don’t vote in large numbers.  Women voters are pissed at Trump.   Right now, they could be the turning point in the election.

Trump has a narrow path to victory.  He has to win North Carolina, Ohio and Florida.  Otherwise he is in big trouble.

The polls have been closing and all the momentum is on Trump’s side.  But early turnout models seem to favor the Democrats.

When it comes to the Senate, I would give a slight edge to Republicans.   Clinton’s collapse is helping candidates like Marco Rubio, Joe Heck, and Kelly Ayotte.  Pat Toomey is in a dog-fight and Pennyslvania is still a toss-up for Trump.  Ron Johnson has pulled close to Russ Feigned. Mark Kirk sealed his fate with some ill-chosen comments.  Rob Portman will win Ohio.

Roy Blunt is facing some headwinds despite having Donald Trump up big in Missouri.  I do not feel particularly comfortable about that race, but you have to figure that most Republicans who vote for Trump will also vote for Blunt.

On the House side, Republicans will keep their majority.  They will lose some seats, mostly because Republicans were never supposed to have a majority this large.  Because of redistricting in Florida, they have some Members that face tough fights, like John Mica.

But according to Real Clear Politics, the GOP has a clear lock on 224 seats, which is enough to keep their majority.

The question is what do they do with it?

If Donald Trump wins, life gets complicated for Paul Ryan.

If Trump loses, it gets even more complicated.

You can see an immigration deal with Trump and Ryan, one that builds a wall while giving legal status to the 12 milliion who are here illegally.

Jeff Sessions can’t accuse Donald Trump of being for amnesty, can he?

You can also see them getting a deal on tax reform which makes your carried interest tax provision a goner.

If Hillary is the next President, Ryan will face a challenge to his Speakership.

If Paul survives, will he work with Hillary on a grand bargain that includes infrastructure spending and tax reform focused mostly on repatriation?  That’s my guess.

Perhaps the best thing that will happen in the next Congress is that Chuck Schumer will be the new Democratic Leader.  Schumer is a deal-cutter widely respected on both sides of the aisle.

And that means that Harry Reid will be retired.  Which could be the best thing that ever happened to the Senate.

This election has been predictably crazy.  We have been through a lot in the first decade and a half of the new millennium and I guess it shouldn't surprise us that the voters are react in ways that Washington won't like very much.

But that's the beauty of democracy, warts and all.  The people will speak and the politicians will be forced to listen.