Don’t Shut the Government Down Over Planned Parenthood 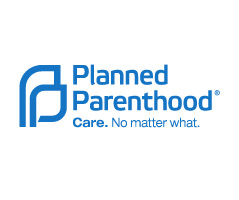 Will conservative voters learn from past tactical mistakes?

To shut the government down over Planned Parenthood Federation of America and face the same fate that befell the battles over Obamacare and the president’s executive order on immigration, or to learn from those failed strategies of the past and to come up with something better? That is the choice that confronts the Republican leadership in both the House and the Senate.

Republican leaders know that the American people in general will blame the GOP for a government shutdown. They know that because of the recent past and because every major poll reaffirms that fact.

The trouble comes not with the leaders, but with the followers. Plenty of conservative members of Congress have promised their constituents that they will vote to defund Planned Parenthood, implying that as a result the nation’s leading abortion provider will thusly be defunded.

But it doesn’t quite work that way.

Yes, the Congress has the power of the purse, but the president has the veto pen. And should the GOP attempt to change the current law with a rider to defund Planned Parenthood in the government spending bill, President Barack Obama would surely veto it.

The result would be a government shutdown. And instead of talking about the Planned Parenthood videos depicting Planned Parenthood officials discussing medical researchers’ use of fetal tissue obtained after abortions, which sparked all of this controversy in the first place, the media will focus on the National Parks that are closed, the members who refuse to give back their salary and the fact that the military won’t get paid as they protect us.

Republican leaders are going to try to tell the members, as they gather back to vote this week, that shutting down the government over Planned Parenthood is the best thing that could happen to Planned Parenthood, mostly because it will serve as a huge distraction.

That’s why the leading pro-life organizations like National Right to Life aren’t too wild about a shutdown strategy. They are winning the fight without a shutdown.