America Is Better Than Europe 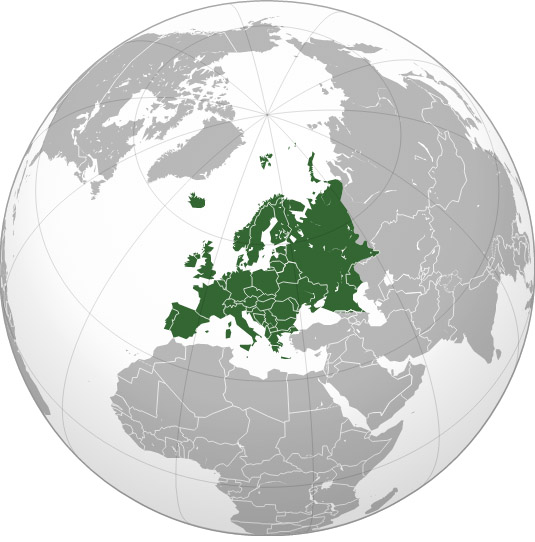 The sights from the refugee crisis in Europe present graphic images to the American people.

I have a theory that those images are spilling over into the political debate on immigration reform here in the States.

We look at Europe being engulfed by Muslim refugees and some of us get frightened about the essential character of America.

I have some news for you: America is not Europe.

Europe is not equipped to deal with mass waves of immigration.

America was built by mass waves of immigration.

America is a melting pot and always has been, from its very beginnings.

Europe is a class-based society, built initially on the concepts of feudalism and monarchy.

America, although it is becoming more stratified, has at the core of its ideal that everybody has an even shot to make something of themselves.

Europe was constructed, piece by piece, as separate Christian enclaves, some of which had allegiance to Rome, some of which rebelled against the Papacy.

America was built as a refuge removed from religious persecution. It is no accident that we have the First Amendment here in America.

Europe is a fun place to visit, but its Christian heritage has almost entirely been forgotten. It still has beautiful Churches, but outside of Rome, attendance at those places of worship is pretty slim.

Ireland was the last of the Church enclaves to fall to secularism.

As a result, birth rates in Europe are not above replacement rate.   Drained by two devastating World Wars in the 20th century, and a crisis of faith that accompanied the nihilism, Europe is basically dying from a demographic perspective.

That is especially true of France and Italy, but the whole continent is feeling the pinch. The Germans had to import workers from Turkey in the 1990’s to keep up with the workload, and that started a trend of Muslims from the Middle East moving to find work.

Europe has never been able to figure out how to successfully integrate Muslims into its society. That’s why there are more Muslim radicals in Paris, London and Hamburg than here in the United States.

The flood of refugees from Syria has only accentuated the demographic problem faced by the Europeans.

They don’t want all of these Muslims because soon they will pose a real numbers challenge to the basic character of the European people.

Nature abhors a religious vacuum.   And the non-belief of the secular humanists will be overwhelmed by the uber beliefs of the Muslims if the Christians in Europe are not careful.

America does not face that same existential problem.

The Mexicans who are flooding into America share the same Christian beliefs of the bulk of the American people.

American religion is not in any way, shape or form, dying. In fact, it is a very vibrant marketplace.

America is also used to incorporating different people, with different beliefs, into our society. If you want to be Hindu, more power to you.

If anything, we tend to give too much of the benefit of the doubt to certain folks who may or may not be practicing a legitimate religion. Scientology comes to mind.

America also doesn’t have a demographic problem. We reproduce just fine.   Now, some rich, white Protestants probably don’t get busy as some other groups, but they have made the decision that every sperm is not sacred (to paraphrase The Life of Brian).

I understand that some folks think that immigration into America is somehow bad. Every economic and scientific study proves that not to be the case.

Some people are nativists. They don’t want people who are different from them living in their neighborhood. That’s the way it goes and has always been.

America is different from Europe.   We are better.