Regular Order is a blog within a blog:  Each month, I will feature a Member of Congress who has used his position to achieve good things for his constituents.  Too often, the American people vote for folks based on a mistaken assumption of what that representative can do within the confines of his or her job.  They can't achieve world peace or alone find a cure for cancer.  But they can use their position to help their constituents or at least make certain that their concerns are being heard.  Here is the first in the series. 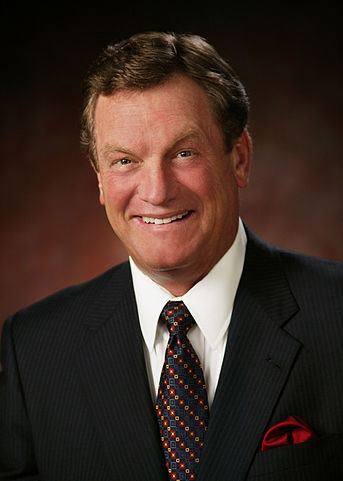 For the last 2 years, Lindsay Slater would wake up at 4:30 in the morning with the Antiquities Act at the top of his mind.

Teddy Roosevelt signed into law the Antiquities Act in 1906. Meant initially to preserve American Indians' ruins and artifacts, this legislation has been used more than a hundred times by Presidents of both political parties to protect “objects of historic and scientific interest.”

The areas to be protected by the President, under the Antiquities Act, are declared “National Monuments” and theoretically, they are supposed to be confined to the smallest area possible compatible with the proper care of objects of concern.

Slater is the Chief of Staff to Congressman Mike Simpson, the Republican who represents the Second District of Idaho. Simpson hired Slater because of his expertise in land management issues in the Northwest. Lindsay had previously worked for Greg Walden, and successfully worked to get a portion of his district declared a wilderness area.

As the nascent environmental movement gained steam, President Lyndon Johnson signed the Wilderness Act of 1964. The purpose was to protect, through law, those areas defined as a wilderness:

“A wilderness, in contrast with those areas where man and his own works dominate the landscape, is hereby recognized as an area where the earth and its community of life are untrammeled by man, where man himself is a visitor who does not remain.”

For 15 years, Mike Simpson had been trying to protect the Boulder-White Cloud Mountain range with a Wilderness designation. The Boulder White Clouds region is the largest unprotected region remaining in the lower 48 states, a roadless region of towering peaks, alpine lakes, and primeval forests. The beauty of the region is also an economic engine, drawing in tourists, hunters, campers and anglers from around the globe.

Simpson hired Slater because they shared a common love of the outdoors and a common appreciation for a balanced approach to economic growth and environmental protection.

The two make a good team. Simpson is gregarious and fills up the room with his big personality. Slater is methodical, organized, with a gentility that masks an iron spine.

For the last decade and a half, they would take trips to the district, backpacking with the Forest Service, gaining an appreciation for the land, its beauty and bounty, and its fragility. As Republicans, they also had a keen appreciation for the over-reach that often accompanied government bureaucracy and an over-zealous NGO community.

Simpson and Slater spent countless hours, meeting with constituents, listening to concerns from both sides, and trying to come up with equitable solutions. He had introduced legislation in both 2006 and 2010 to declare the region a wilderness area, only to have it bottled up in either the House or the Senate.

What would wake Slater up at 4:30 in the morning was not the failed attempts to pass legislation, but the possibility of executive action by President Obama.

When Mr. Obama gained the White House in the election of 2008, he didn’t spend any time campaigning in Idaho. The last Democrat to win the Keystone State, ironically, was Lyndon Johnson (the man who signed the Wilderness bill, it should be noted), and while Mr. Obama did better there than anybody could expect, he still lost the state by 23 percent.

That didn’t necessarily mean that he would ignore the state entirely. A key part of the Obama coalition was the environmental community, led by the Sierra Club, and they were pushing hard on the new President to designate as much of America as possible for Monument status. Top on the list was the Boulder White-Cloud region.

And to Simpson and Slater, the possibility of Presidential action was both a threat and an opportunity.

Here is how the Idaho Statesmen put it:

Idaho Rep. Mike Simpson and Idaho Conservation League Director Rick Johnson were sitting in The Mayflower Hotel’s dining room in Washington, D.C., on Sept. 14, 2014, before the rest of the guests filed in for a gala celebrating the 50th anniversary of the Wilderness Act. President Barack Obama’s point man on his national monument campaign, John Podesta, was led to Simpson’s table. “I hear you want to talk about BWC,” Podesta said, chuckling. Simpson, a conservative Republican, had just won a landslide victory in a high-stakes primary campaign against a tea party candidate funded by the Club for Growth. He had spent the last 15 years working to try to protect the iconic Boulder-White Clouds and came to the gala as Johnson’s guest.

Simpson told Podesta that he planned to make another run at his bill to protect the area as wilderness and that he wanted Obama to give him six months in 2015 to get it passed.
“He told me to go for it,” Simpson said.

Even though Obama administration officials had been privately telling conservationists, local officials and even motorized recreation advocates that they were working on a Boulder-White Clouds national monument, many people were skeptical. But when Idaho Sen. Jim Risch abruptly killed Simpson’s wilderness bill in 2010 after introducing it in the Senate, former Interior Secretary and Idaho Gov. Cecil Andrus — who convinced President Jimmy Carter to proclaim millions of acres of Alaska as national monuments in 1978 — wrote Obama and called on him to use the Antiquities Act of 1906 to force action for the Boulder-White Clouds. When it became clear in 2013 that Simpson’s bill still had no chance, Johnson and other conservation partners such as Craig Gehrke, Idaho representative of The Wilderness Society, shifted their campaign to Andrus’ national monument proposal. By September 2014 they had built a huge coalition of outdoor businesses, recreation groups, hunters, anglers and local governments, including Ketchum and Blaine County, pushing for the monument.

Still, Simpson told Podesta that many in Idaho didn’t think the administration was serious. “The threat is real,” Podesta replied.

Simpson and his constituents preferred a Congressionally-approved wilderness designation to the President’s executive action for several reasons.

Simpson had a close personal relationship with House Speaker John Boehner, and he leaned on his friend to get his Wilderness bill through the House.

Simpson also had a good relationship with Senator Mitch McConnell. Both faced similar energetic and failing primary challenges in 2014, funded by the same outside groups and mounted by the same public relations firm. Both Simpson and McConnell easily dispatched their primary foes and were now in a position to do their jobs as legislators.

Simpson wasn’t taking any chances, though, and he was able to get Boehner to go to McConnell to get the new Majority leader on board.

Simpson also skillfully used the threat of the Presidential executive action to get his own delegation on board. Senator Jim Risch, who as noted, previously had pulled his support for the Simpson approach, now aggressively moved to support his colleague.

Risch, who was once hailed by National Journal as the most conservative member of the Senate, was able to convince other conservatives, like Ted Cruz, that the Simpson Wilderness bill was far better than giving the President the excuse to declare more of Idaho out of bounds for economic exploitation.

Ultimately, the House passed the bill, the Senate similarly approved it and the President signed it.

Most Americans probably don’t know a thing about the Antiquities Act nor will they have the chance to visit the White Cloud Mountain range. Nor have they heard of Mike Simpson or even know that he has a staff member named Lindsay Slater.

But, this is how the Congress works to represent the interests of the American people.

But one Congressman believed that to be the case, and he used all of his relationships and all of his know-how to reach common ground with his constituents, his colleagues and with the President, to hammer out a solution that will preserve a unique spot in America for the foreseeable future.