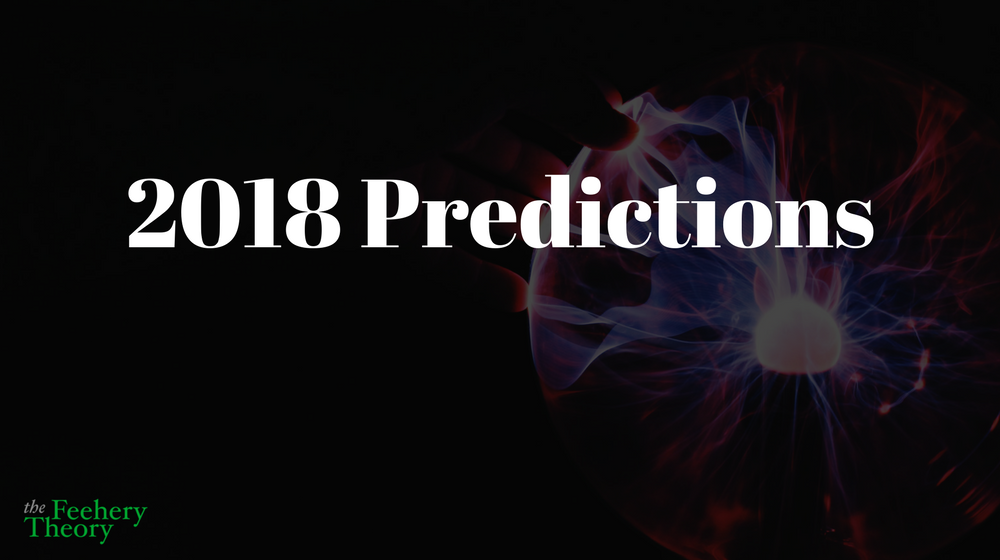 I made ten predictions at the start of 2017 and only one of them came true.

Obamacare repeal was never signed into law.  An infrastructure bill didn’t get 75 votes in the Senate.  The Nationals didn’t win the World Series.  Ed Gillespie didn’t win in Virginia.  President Trump didn’t get all of his appointments through and his approval rating hasn’t cracked 50%.

But I was right about tax reform. That passed with a heavy emphasis on the corporate side.

In reviewing what I wrote in 2017, I was perhaps more optimistic about this President and his Administration than the average pundit.

I typically didn’t take what he tweeted very seriously and I didn’t think that the world would end because of his presence in the White House.

On that, I was correct.

The world seems to be moving along quite nicely.  The global economy is picking up steam.  ISIS has been largely dispatched.  The Winter Olympics is coming to the Korean peninsula.

People talk about how America’s global influence is declining because we have a President named Donald Trump, but I think our influence was declining well before then, as China rose thanks to advantageous trade policies negotiated by Bill Clinton.

Trump, in one short year, has made America the greatest place to locate a business, thanks to changes in the regulatory regime and because of corporate tax reform, so we will see how much American influence will decline.

In the spirit of humility, given my errant predictions of 2017, here are my predictions for 2018.