Socialism & the Threat of People Not Knowing Their History 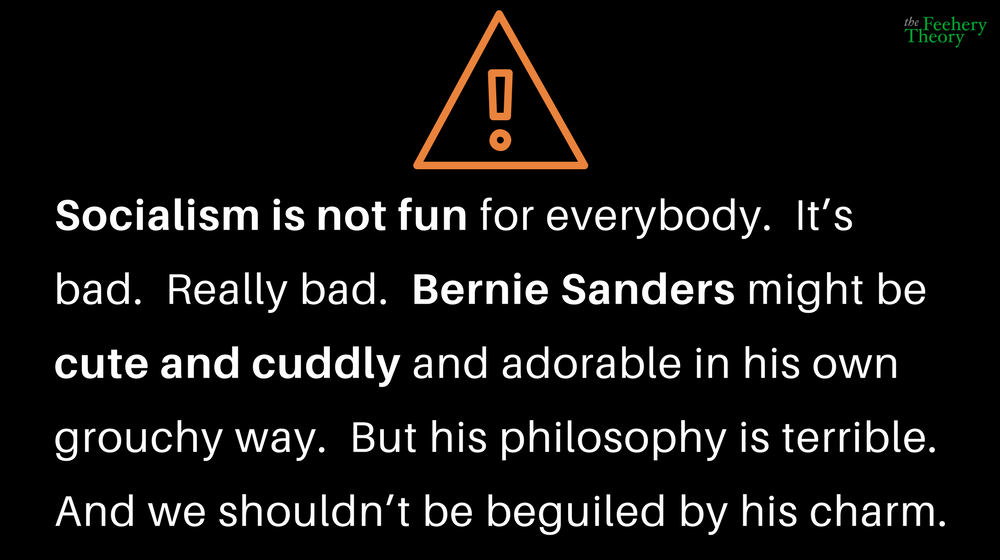 When people don't know their history, socialism can seem fun.

Randy, a recent caller on The Tommy Show, played “If you can’t beat Kelly, you aren’t so smart” and proved the premise of the show by not being able to beat Kelly in getting enough correct answers to some obvious questions.

One of the questions that Randy got wrong involved history.  Who was the British Prime Minister in 1941?  Randy guessed Margaret Thatcher.

For those who don’t know, the correct answer is Winston Churchill.

Churchill has a new movie coming out about him, called “The Darkest Hour”.   I haven’t seen it but I assume that’s not the kind of movie that would cause Randy to rush out to the local cinema.  He is probably more an Avengers kind of guy.

When I was in High School, I was so inspired by Churchill that I had dedicated an art project to him (Art Class was required at my school).  It was an artistic rendering of this quote:

Back when I was growing up, socialism was a real and present danger.

Margaret Thatcher was a warrior in the fight for capitalism against the socialism that dogged British society after the conclusion of the Second World War.

She, however, was not old enough to play an active role in defeating Adolph Hitler.

I don’t mean to disparage Randy.  He is certainly not an anomaly in American society.  In fact, he gets some style points for actually knowing that Margaret Thatcher was actually a Prime Minister of Great Britain.

That probably puts him above the vast majority of Americans who know little about their own country’s history but know everything there is to know about the Kardashians.  A brain can only handle so much information, after all.

Socialism, like chicken pox and polio, is making a bit of a comeback after being largely vanquished and relegated to the ash heap of history.

The problem with socialism is that it can be every bit as debilitating to our economy as polio is to a healthy body, and every bit as miserable as a nasty case of chicken pox.

The true leader of the Democratic Party is Bernie Sanders.  He is the lodestar of the left, the master of the message for the liberal wing of the liberal party and the man who might have been President had not the Debbie Wasserman Schultz and the DNC stepped in and stopped his big move.

He is also a self-proclaimed socialist, who openly advocates for the government to exert more control over every aspect of our national economy.  He wants the government to control healthcare, banking, all labor agreements, auto manufacturing, energy production, agricultural production and just about anything else you can think of.

His views have become the views of the Democratic Party.

And the Democrats are increasingly towing the Bernie line.  In years past, you would have had more than a few Democrats supporting the tax bill signed into law by President Trump last week, but no go this time.  Democrats now call this tax cut the “great sham” and proclaim that it wrecks the economy and lead to the dismantling of the welfare state.

There is no evidence that will happen, but still, they persist.

And they persist because their political base: a) hates Donald Trump and b) hates capitalism.  And they hate capitalism because they would rather share in misery than have any unequal sharing of blessings.

The Trump economy has had a good run over the last year.  Unemployment is at historic lows.  Inflation is at a historic low.  Growth is higher than it has been in a decade.  Consumer confidence is bursting at the seams.

The rich are getting richer, but so are the poor.  Unemployment among black Americans is at its lowest rate since 2000.

But yet the socialist ideal persists.  Materialism is hated by the hard left.  So is consumerism.  And of course, capitalism.

Polls show that socialism doesn’t hold fear like it used to.  We don’t have any strategic threats from socialist countries anymore.  The USSR has fallen, and Russia has taken its place.  And sure, Vlad Putin is not a nice guy.  But he is no Vlad Lenin.

None of this is good news.

Socialism is not fun for everybody.  It’s bad.  Really bad.  Bernie Sanders might be cute and cuddly and adorable in his own grouchy way.  But his philosophy is terrible.  And we shouldn’t be beguiled by his charm.

A nation that doesn’t know the difference between Winston Churchill and Margaret Thatcher is a country that is truly vulnerable to the soft promises of socialism.