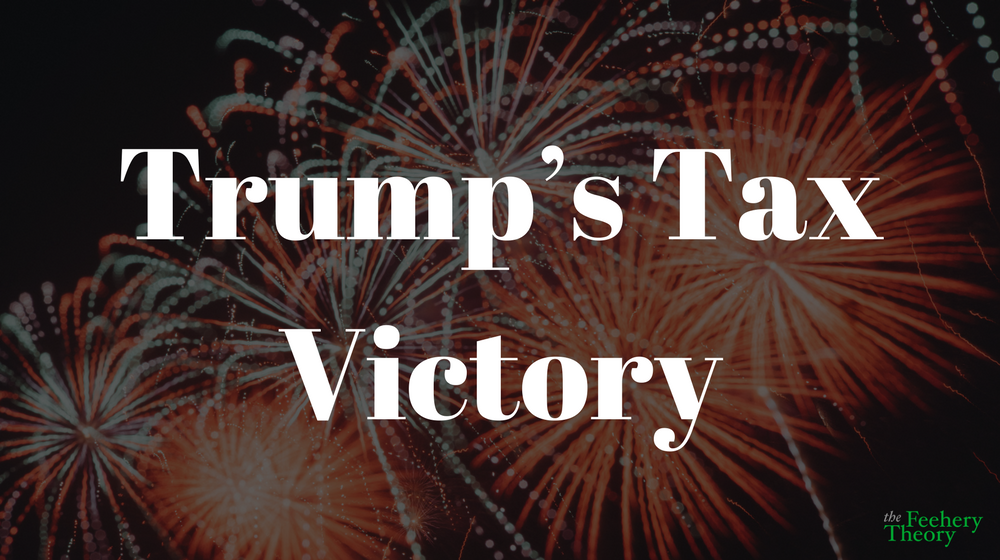 Here are just a few thoughts on Trump's tax victory.

Republicans will need to market this plan and should spend some money educating the voters about it. #TaxReform #FeeheryTheory Click To Tweet