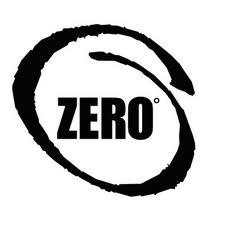 According to Wikipedia, Labor Day has traditionally been the last time it is fashionable for ladies to wear white. This weekend, it might be the time that President Obama starts waving the white flag of surrender.

Labor Day was born out of conflict. Grover Cleveland signed legislation making Labor Day a holiday in 1884 six days after the Pullman strike ended. Cleveland signed it as a peace offering to the labor movement, which was still pretty raw after the national strike where Federal troops were called in and 13 strikers were killed.

The Labor Department announced today that the American economy created zero jobs in August. Zero. That hasn’t happened since the end of the Second World War – September of 1945 – when people were so busy celebrating the defeat of the Japanese that they didn’t have time to create any jobs.

Some economists are saying that the dreary job numbers were caused, in part, by the debate over the debt ceiling. I find that hard to believe.

There are plenty of other reasons, including the actions of both this President and of the labor movement.

For example, a strike against Verizon meant that 45,000 union workers lost their jobs, at least according to the jobs survey.

Had labor not walked off the work-site, the new jobs number would have been better.

Administration cracked down on workers in a Gibson Guitar plant. Apparently, the Justice Department decided that they didn’t like the wood that Gibson imported from India (even though it was perfectly good wood and taken in an environmentally responsible fashion). The result is that Gibson Guitar makers are going to lose their jobs, thanks to the Obama Justice Department.

There are plenty of other examples of regulatory over-reach, all aimed to kill jobs.

“President Barack Obama says his administration is considering seven new government regulations that would cost the economy more than $1 billion a year, a tally Republicans will pounce on to argue that Congress needs the power to approve costly government rules.

In a letter to House Speaker John Boehner, R-Ohio, Obama lists four proposed Environmental Protection Agency rules and three Department of Transportation rules estimated to cost in excess of $1 billion. One of the proposed EPA rules — an update to the health-based standard for smog — is estimated to cost the economy between $19 billion and $90 billion.

The letter, dated Tuesday, comes as the Republican-controlled House prepares to consider legislation that would require congressional approval for any new regulations that would impose a significant cost on industries.

The four environmental regulations, which target air pollution and coal residue primarily from coal-fired power plants, have already been attacked by House Republicans, who have said they would kill jobs and harm the economy.”

Earlier this week, the Obama Administration announced plans to put even more burdens on small businesses, which prompted this response from the American Small Business League:

Obama’s National Labor Relations Board has been on a tear lately.

It sued to prevent Boeing from opening a new plant to build aircraft in South Carolina because it felt that the company was moving to the Palmetto State to avoid labor unions.

Good for lawyers. Not good for workers.

Recently, the same NRLB sued a Catholic school to try to get it to hire union workers, basing the lawsuit on the curious and flimsy rationale that the Catholic school was not Catholic enough.

Here is a story on that imbroglio that appeared in the Washington Examiner:

“It's not enough for President Obama's National Labor Relations Board to target the Boeing plant in South Carolina. Now the NLRB thinks it can tell a church school when it's not religious enough.

Most people have heard by now of NLRB's unprecedented decree that Boeing Co. cannot build a new airline production facility in South Carolina. But Obama's NLRB is also claiming the authority to dictate labor policies and order union elections at Catholic universities if they are not religious enough.

St. Xavier University was founded in 1846, the oldest Catholic school in Illinois. Its corporate member is a Catholic body with the "powers for the governance of" St. Xavier, that "links the University to the [Catholic] Church and makes it an officially recognized member of the Church.

St. Xavier's Board of Trustees must have at least four nuns from the order that founded the school, and, according to its bylaws, its governing body must "ensure [St. Xavier] continues its educational and religious mission.

After quoting these sources and many others, NLRB's regional director concluded in true Orwellian fashion that "the evidence establishes" that St. Xavier is "a secular educational institution or university."

To support this astounding conclusion flying in the face of the facts (not to mention common sense), NLRB claimed a 1979 Supreme Court affirms this authority.

Yet that case -- NLRB v. Catholic Bishop of Chicago -- actually says the complete opposite of what Obama's NLRB claims.

In an instance of deja vu, the Supreme Court and Catholic Bishop considered a challenge to an NLRB order asserting authority over lay teachers at Illinois Catholic high schools. (Sound familiar?)

NLRB claimed that it had no authority over a church, but that it possessed power over church-related bodies that are not purely religious, such as schools. The court considered whether the National Labor Relations Act granted NLRB such power.

Turning to the facts of that case, the court reasoned, "The church-teacher relationship in a church-operated school differs from the employment relationship in a public ... school. There is no escape from conflicts flowing from [NLRB's] exercise of jurisdiction over teachers in church-operated schools and the consequent serious First Amendment questions that would follow."

The court then noted that nothing in the law's language suggested NLRB has power over any church-affiliated organizations. The court invoked one of the most basic principles of American law, that a federal statute "ought not to be construed to violate the Constitution if any other possible construction remains available."

Accordingly, the court held that federal law did not give NLRB the power it was claiming, so the court need not consider whether to strike down that provision. Instead, it held NLRB lacked any legal jurisdiction to judge the schools' religiosity, and vacated NLRB's order.

Far from authorizing NLRB's action against St. Xavier, the ruling does the opposite of affirming the government has no such power over church schools. NLRB's contrary assertion is a frightening power grab that must be taken to court.

So economic and social conservatives now have a common problem. Obama's NLRB is being wielded as an instrument of unfettered federal power. Congress and the courts must act to end this imperial overreach.”

The one thing I know is that when zero jobs are created, it is not good new for the President, no matter who the President is.