Bring Back The Draft 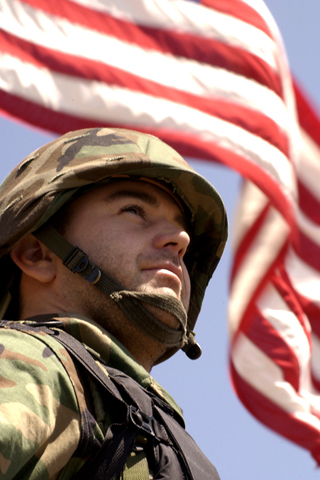 My dad learned how to make his bed in the Army.

His bed-making skills are much more impressive than mine will ever be.  He creases his sheets just so.  He could easily get a quarter to bounce high off the finished product.

He tried to instill his bed-making skills onto his sons, but somehow, we never were able to follow in his footsteps.

He learned some things that he will probably never tell his grandkids, and some things he never told his mother.

My dad enlisted in the Army before he was drafted.  But in all likelihood, he would have been drafted anyway.  And many of the skills he first learned at boot camp, he kept with him his entire life.

That generation of men built America too.  And because they had common experiences, they had a common sense of values.

I think we should bring back the draft and make compulsory service mandatory for every 18 year-old for one year.

I think it will help train a generation of men to live their lives like American men.

We don’t do large scale wars any more, but there are plenty of places where hundreds and thousands of young men can help in America, whether it is fighting forest fires or helping with hurricanes or any of the other myriad of disasters that hit the United States every year.

This will cost us some money, but I think it is money better spent than any kind of stimulus.

Training the next generation of young men (and women) to be Americans is a good investment in my book.