Who Is This Guy? 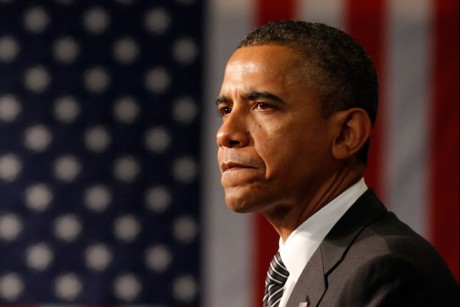 My Democratic friends like to tell me that the real Barack Obama is a pragmatist.

He is not the left-wing Socialist ideologue that the right-wing would have you believe, the story goes.

I remain skeptical, as do many Americans.

Leadership, especially Presidential leadership, by its very nature is mysterious.

Ronald Reagan remains an enigma for historians.  Dwight Eisenhower seemed like a grandfatherly dolt, but was once described in especially glowing terms as devious by his Vice President.

Abraham Lincoln remains the most mysterious of all American Presidents, a subject of intense scrutiny by generations of history buffs.

Dinesh D’Souza wrote a book and then produced a movie trying to crack the code.

The movie, titled 2016, briefly topped the Box Office charts this summer, further confirming my theory that the American people are mystified by President Obama.

D’Souza, who was raised in India, knows a thing or two about anti-colonialism.

Whether Obama did adopt the dreams and philosophy of his father the anti-colonialist is hard to know with precision.  But the theory deserves more scrutiny than the press (who went all in on Obama and can’t seem to fall out of love with him, despite the evidence) was willing to give it.

Obama anti-colonialism would explain, for example, why he has chosen to lead from behind in the Middle East and in North Africa.  If the people want Islamic extremists to run their country, who are we to tell them no?

It would explain his dislike of the Catholic Church.  The Church was a big part of the colonialism to the 19th century (and before), and every good anti-colonial movement first desires to strike a blow against Christian churches.  That is why he feels so strongly about bossing the Church around on his plan to give free contraception to everyone.

It would explain his hatred for big Business.  He has aimed more nasty rhetoric at Wall Street and corporate America than perhaps any other President in history.

It would explain why he hates rich people so much.  Perhaps the only group (other than Wall Street) that consistently raises his ire so often is the wealthy.  He has built an economic theory around that one idea:  We must raise taxes on rich people.  They build those kind of countries that are emerging from a colonist past.

It would explain why he kicked out Bill Daley as his chief of staff (a perfectly reasonable fellow) and replaced him with Valerie Jarrett, Obama’s closest and most powerful advisor.  Jarrett may not necessarily play the role of an anti-colonialist,  but she fakes it well.

I don’t know if Barack Obama's number one theory is a hatred for colonial powers, but I do know that he is no pragmatist.  And that is why he is going to lose the election in three weeks.