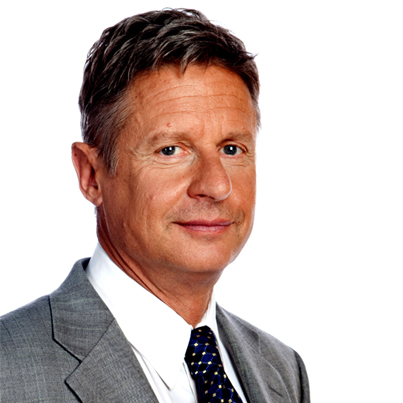 I fancy myself a watered-down libertarian.

But my libertarian streak is tempered by the reality of the world we live in.

Government sometime needs to step in to regulate the marketplace.   It is not sufficient to let the buyer beware, because there are a lot of dumb suckers out there, and more importantly, there are a lot of crooks just waiting to take advantage of the suckers.

I say this because there is concern that two libertarians on the ballot may complicate things for the Republican nominee.

In one case, that is definitely true.  Virgil Goode is a good ole boy from southwestern Virginia who could definitely complicate things for Mitt Romney.

Gary Johnson, on the other hand, is true threat to Barack Obama.

He is best known for his straightforward stand on drugs.  Legalize them.

Barack Obama has been all over the place on drugs.  His Attorney General sometimes enforces the drug laws and sometimes doesn’t.  But that inconsistency provides a real opening to the New Mexico governor to gather some votes.

Sure, Johnson cut the size of government dramatically, balanced the budget and cut taxes.  But he is famous for being a drug legalizer.  And that stand appeals dramatically to younger voters and to aging hippies.

Guess what are two critically important constituencies for Mr. Obama?

Guess what two voting blocks have little in common with Mitt Romney?

My view is that the more Gary Johnson is out there campaigning for President, the worse it is for Barack Obama.

Republicans should stop in their efforts to get him off the ballot.  Johnson might be Romney’s secret weapon in this election.