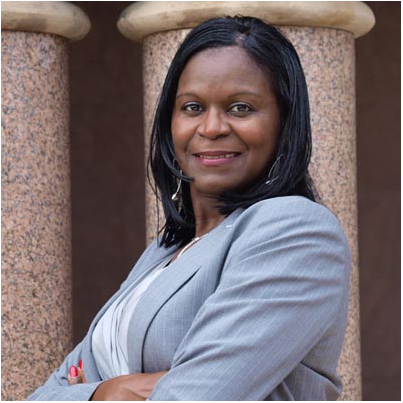 These days college university presidents are little more than glorified fundraisers. They're also controversy-averse CEOs, captive to a mandate of political correctness that's stronger in the ivory tower of liberal academia than corporate culture.

So it's not all that shocking that Gallaudet University president T. Alan Hurwitz suspended an employee for daring to engage in a private act of political participation.

Dr. Angela McCaskill was suspended from her duties as the Gallaudet's chief diversity officer last week simply because she signed a petition to allow Maryland voters to decide the ultimate disposition of new legislation that would legalize same-sex marriage. McCaskill is hardly an outspoken advocate on the issue, according to her lawyer. She simply signed a petition at church at the urging of her pastor.

But that made little difference to Hurwitz, whose cowardice dripped from every syllable of his official October 10 statement as to McCaskill's suspension:

I want to inform the community that I have placed Dr. Angela McCaskill on paid administrative leave effective immediately. It recently came to my attention that Dr. McCaskill has participated in a legislative initiative that some feel is inappropriate for an individual serving as Chief Diversity Officer; however, other individuals feel differently. I will use the extended time while she is on administrative leave to determine the appropriate next steps taking into consideration the duties of this position at the university. In the meantime an interim Chief Diversity Officer will be announced in the near future.

Since that time, McCaskill has found support from both opponents and supporters of Maryland's same-sex marriage ballot initiatives, but that has meant little if anything to Hurwitz, who has yet to reverse himself.

As the chief executive officer of Gallaudet University, Hurwitz has a moral obligation to be on the front-lines of defending the intellectual, philosophical, and political vitality and diversity of the faculty, staff, and students of his institution, as well as the freedoms of thought, inquiry, and speech which ensure the same.

Hurwitz did not merely fail to live up to that obligation by an act of omission, he actively undermined the academic, political and religious freedom of his faculty with his actions in throwing McCaskill under the bus.

Gallaudet's board of trustees should cut this cancer of cowardice out by giving Hurwitz a pink slip and reinstating McCaskill to her duties.

The views expressed on TheFeeheryTheory.com are Ken’s own and do not necessarily represent the views of NewsBusters.org/ the Media Research Center