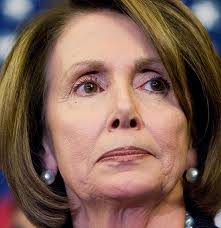 The media loves to spend time speculating about how John Boehner and Eric Cantor are going to round up the votes to pass President Obama’s debt limit legislation.

But they haven’t asked one of the most important questions out there? Where’s Nancy?

The former Speaker and now House Minority Leader has been mostly kept out of the negotiations, and when she is included, it is mostly because they need a picture of the joint leadership.

Pelosi, though, has taken a position even more radical than those crazy Tea-Partiers, who refuse to vote on the debt limit without some spending caps put in place. She not only wants higher taxes, but she wants to make certain that there are no changes included in any entitlement spending.

It is customary that on a Presidential priority, the President’s party in the Congress works with the President to achieve a goal.

Nancy Pelosi, though, hasn’t promised to provide half the vote to increase the debt ceiling. In fact, she has let it be known that she will probably vote against such a debt ceiling increase.

By making this declaration, Pelosi is doing two things. First, she is killing the increase, making it impossible for Boehner to pass it, and making it likely that our nation will default.

Second, she is signaling to her campaign arm that a debt limit vote is open fodder for a campaign commercial. She is telling her ad people to lock and load against those Republicans who support the President’s position, even though the President is from her party.

One Senator has already started running commercials against a House member who will run against him, because that House member has voted to increase the debt limit in the past (even though he voted against it the last time it came for a vote in the House).

The media loves to talk about Michele Bachmann and they love to highlight Joe Walsh. But they give Pelosi a pass even though her position on this vote is every bit as irresponsible fiscally, and more irresponsible philosophically than the so-called Tea Party members.

Where is Nancy? That is the question that the pundits should be asking today.