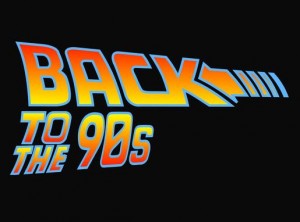 I worked for House Minority Leader Bob Michel as a junior-level staffer, and I spent many a late night and quite a few weekends at the Capitol building, doing junior-level stuff as Republicans and Democrats wrangled over the budget. I learned to drink coffee so that I could stay awake.

Back then, there was plenty of talk about how America was going broke, because, well, we were going broke. The bond markets were nervous about the costs incurred over the Reagan years. President George H.W. Bush had taken tax increases off the table with his famous pledge: “Read my lips: No new taxes.”

Democrats, who had sizable majorities in both the House and the Senate, were hell-bent on sticking that pledge right down the throat of the Republican president, who had already promised to be a kinder, gentler president, a promise that made many on the right more than a little nervous.

The negotiators met day and night, weekend after weekend, many times at Andrews Air Force Base, away from the din of noisy constituents and angry colleagues. Eventually, they came up with an agreement that raised taxes slightly, but also included some real spending cuts.

But that agreement failed to clear the House, as Republicans, led by Minority Whip Newt Gingrich, broke away from their president and voted en masse against it. With the pressure of a nervous bond market and the crush of another government shutdown, Bush caved, and Democrats passed a second budget deal that had far fewer spending cuts and far more tax increases.

The budget deal that so infuriated House conservatives eventually would stabilize our budget situation, and in tandem with a later tax increase pushed by President Clinton in 1993 and another round of spending cuts pushed by Gingrich in 1995, the budget found itself balanced by the end of the decade.

Two decades later, we find ourselves once again having to get our fiscal house in order, risking long-term economic deterioration. And once again, congressional leaders are huddling through days and nights and into the weekends to find solutions.

Once again, Republicans are reluctant to raise taxes and Democrats have little interest in embracing spending cuts. And once again, the bond market is getting a bit nervous over our political will to make the right decisions to become fiscally responsible.

Here are a few lessons that Republicans should keep in mind as they figure out the endgame:

• The president has the bully pulpit, but he also gets the blame: Yes, the president can clearly communicate his goals and his messages, but when things go wrong, he is the one who takes the fall. John Boehner will not get blamed if the government shuts down, because most people have no idea who John Boehner is. Obama is the top dog, and if we go into default, he deserves the blame.

• Pledges kill: Tax pledges became popular right after Bush broke his word. But the lesson here is not to raise taxes, especially when we are ready to go broke as a country. The lesson is don’t make promises you can’t keep. Voters actually care when a politician lies to them. And voters think that politicians lie to them all the time, which is why the political class is so unpopular at the moment.

• The first agreement is always the best: Republicans might think things will get better for them once a package goes down. That is not true. What happened in 1990 also happened with TARP. The second one will be worse than the first one. They should pass the first one.

• Stay united and divide the other guys: In 1990, Democrats did a great job at picking at the weak spots in the Republican coalition. Republicans? Not so much. The Democrats saw that there was a good deal of distrust of President Bush among congressional Republicans on the tax issue, and they used that to their advantage. Republicans have a similar opportunity with President Obama and congressional Democrats on the issue of entitlement reform, especially Social Security. They should use it.