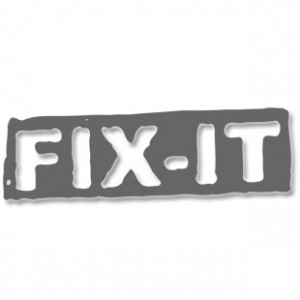 There are two kinds of politicians.

Fixers come into office to fix things. They seek to fix problems for their constituents, fix the legislative process and fix government.

Breakers come into office to break things. They seek to take down the political order, break up the status quo and destroy icons.

Fixers occupy the political middle on both the left and the right. They like to work within the system, they don’t demonize their opponents; they tend to be workhorses who find the media a necessary, but tedious evil.

Breakers occupy the political fringes on both the left and the right. They hate the current system. They hate their opponents. They tend to be show horses who use the media to carry their message.

Newt Gingrich was a breaker. Denny Hastert was a fixer.

John Boehner is a fixer. Nancy Pelosi was a breaker.

Both Bush’s were fixers, as was Bill Clinton. Ronald Reagan and Barack Obama started as breakers. Franklin Roosevelt campaigned as a fixer, became a breaker when he took the White House (his Hundred Days was a prime example of how the breaker operates) but became a fixer during the Second World War.

Thomas Paine was a breaker. So was Patrick Henry. George Washington was a fixer.

Boehner has his hands full with a bunch of breakers in his Republican Conference. The Tea Party Caucus is full of breakers. Not only do they reject the status quo. They reject the very idea of common sense assumptions about basic economics and legislative procedure. They don’t think we have to raise our debt limit (a fairly common occurrence since 1917), and they think that they can jam the balanced budget amendment down the throats of Democrats who have no interest in passing a BBA.

Robespierre was a breaker. Napoleon was a fixer.

Fixers and breakers are both necessary to an evolving political process. To paraphrase Thomas Jefferson, a little revolution now and then is a good thing. But if all we have is revolution, we will never make any progress. Fixers are the folks who actually make the system work. Breakers keep the system honest.

Barack Obama campaigned as a breaker. He represented a sharp break from the past. What the country needs today is not another breaker. It needs somebody to fix what Obama broke, restore faith in our political system and our political class, and give inject some confidence in the future.

Obama will campaign as a fixer this time around. So will Mitt Romney.