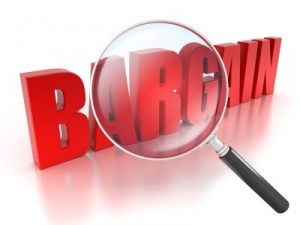 I remember when the Senate came up with a grand bargain on immigration a couple of years ago. Ted Kennedy and John McCain came together to hammer out a comprehensive approach to fixing our borders and allowing illegal immigrants to apply for citizenship. Mel Martinez (a good guy and my wife’s former boss) went around town talking about how they were going to jam this agreement through the House.

The House balked on immigration and my guess is that they will balk on this latest grand bargain.

It is rare that the Senate can completely jam the House on issues as big as entitlement spending and taxes. As much as it might disdain the lower body, under our Constitution, the Senate cannot unilaterally impose laws without getting the House to pass them too.

Now, on the merits, I think a grand bargain sounds grand.

I agree with the President that we have a unique opportunity to do some common-sense things to cure our debt problems.

Here is what I think we should do:

We should repeal all of the spending from Obama’s stimulus plan and put the budget baseline back to 2008 levels. We should stop any new funding to pay for Obamacare.

We should let the Bush tax cuts expire.

We should legalize marijuana and internet poker and collect taxes from those activities.

We should get out of Afghanistan and Iraq and stop trying to rebuild those countries with our money.

We shouldn’t make politicians walk the plank on taxes when we have a law already in place that will cure our revenue problem.

I love grand bargains. Doesn’t everybody?