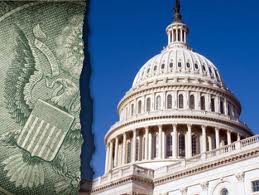 Many of these new members simply don’t care whether they come back or not. They believe that they have to do the right thing, no matter what their constituents might say, and damn the consequences.

This kamikaze approach to legislating has a romantic feel to it, as if these brave soldiers are going off to battle to save the Republic. My own view is that there is very little room for romance in politics. If a majority of the Freshmen lose their seats in the next election, they will be long forgotten in less than a decade, looking for jobs and wondering what might have been.

From a conservative legislator’s standpoint, the worst thing that can happen is to lose the Republican majority and have Nancy Pelosi regain the Speaker’s gavel. Perhaps Rush Limbaugh’s ratings might go up, as he would have more fun attacking her than attacking John Boehner, but any effort to reign in spending – especially entitlement spending – would be lost under a Pelosi speakership.

Many of the new members and far too many of the more experienced members simply don’t care what will happen if the debt limit is not extended. They don’t believe the experts who tell them that this would be very destabilizing for the market, very bad for our economy, terrible for jobs and awful for millions of middle class families. They can’t be convinced otherwise.

This presents a problem to the Congressional leadership and to President Obama. Obama should understand now that the only way he gets the debt limit extended is if he get Nancy Pelosi to step up and deliver more than a handful of votes. She is going to have to deliver if we are going to get a debt ceiling increased.

We live in historic times, but then again, when do we don’t?