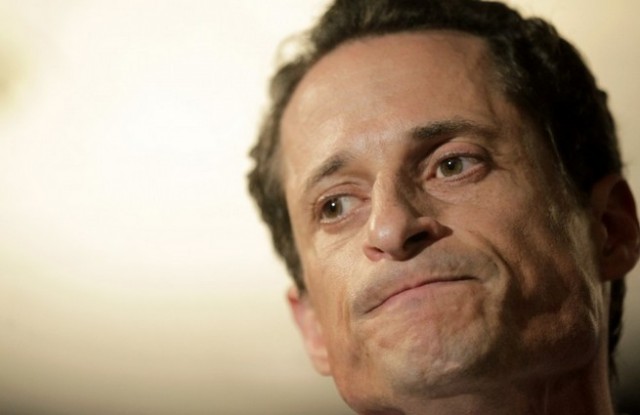 I actually thought he would survive.

When I first heard the allegations against Rep. Anthony Weiner (D-N.Y.), I assumed he would stick it out and stay in Congress.

After all, this was a sex scandal without the sex — a goofy and, yes, creepy case of tweeting without any sense. It seemed pretty harmless at the beginning, but it quickly devolved into a career-ender.

1. He is a liar, big-time: You can expect a politician to lie, initially, about a sex scandal. The last thing anybody wants to do is have that uncomfortable conversation with a spouse. But Weiner’s lies were so elaborate, so practiced and so high-profile that his credibility as a political leader could never recover.

2. He went all in on a losing hand: Weiner tried to bluff Andrew Breitbart, not realizing that the conservative newsmaker had all the cards. Either Weiner didn’t realize that Breitbart had the whole story or is such an idiot that he decided to bluff anyway.

3. He is a loudmouth: As we saw with Eliot Spitzer, the media take special pleasure in bringing down the guys with the biggest mouths. And Weiner is that guy. His brash, combative, highly partisan rhetoric made him a fixture on cable, but also made him a great storyline for a news media that desperately wanted to cover something other than the debt limit.

4. He is a liability: There is nothing worse for any member of Congress than to become a liability to his or her colleagues. Anthony Weiner has now become a major liability to Nancy Pelosi and all congressional Democrats. They thought they had some momentum on the Medicare issue. That momentum is now gone. Worse for Pelosi, the longer Weiner sticks around, the harder it will be for the Democrats to get anywhere near the moral high ground. The Democrats want this story to  conclude quickly, and that means Weiner must go.

5. He is expendable: Weiner comes from an overwhelmingly Democratic district. If that district stays intact after redistricting (an uncertain outcome), there are plenty of ambitious Democrats who can move up and take the seat. It would be far more difficult for the Democrats to throw Weiner overboard if this were a seat that could possibly go to the GOP. But it is a safe seat, which makes it safer for Pelosi to ditch Weiner.

6. He left plenty of photographs: A picture says a thousand words. Weiner’s pictures are stunning in their stupidity and goofiness. The fact that a member of Congress would send pictures of his crotch over the Internet to a woman that he had never met is an unforgivable offense, because those picture will never die.

7. The story has a link to minors: The fact that Anthony Weiner contacted a 17-year-old woman via Twitter is his coup de grace. Mark Foley might not have broken any laws, but when he texted underage pages, he was history. Same for Weiner.

History is not necessarily instructive. One member of Congress might survive a scandal that on its face is worse conduct than another member who quickly called it quits.

That being said, Weiner is toast. He might think that he can buy some time with this treatment (or tweetment, as some call it) ploy, but that only prolongs the pain for congressional Democrats and for Weiner’s family. His congressional career is over, and the sooner he realizes that, the quicker the media will be forced to turn their attention to the hated debt-limit story.