Trump Is Not the Only GOP Heretic on Free Trade 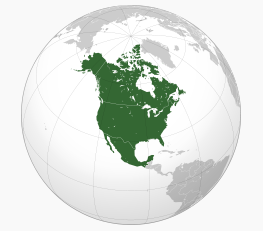 By Heraldry - Own work,This vector image was created with Inkscape.The map has been created with the Generic Mapping Tools: http://gmt.soest.hawaii.edu/ using one or more of these public domain datasets for the relief:ETOPO2 (topography/bathymetry): http://www.ngdc.noaa.gov/mgg/global/global.htmlGLOBE (topography): http://www.ngdc.noaa.gov/mgg/topo/gltiles.htmlSRTM (topography): http://www2.jpl.nasa.gov/srtm/বাংলা | English | Français | Italiano | 日本語 | Македонски | +/−Permission is granted to copy, distribute and/or modify this document under the terms of the GNU Free Documentation License, Version 1.2 or any later version published by the Free Software Foundation; with no Invariant Sections, no Front-Cover Texts, and no Back-Cover Texts. A copy of the license is included in the section entitled GNU Free Documentation License., CC BY-SA 3.0, https://commons.wikimedia.org/w/index.php?curid=7751865

The headlines blared breathlessly. “Trump Breaks With Party on Trade.” “Defying GOP orthodoxy, Trump trashes trade deals.” And so forth. As somebody who worked for House Republican leaders for 15 years, I can tell you that if Donald Trump is a heretic when it comes to free-trade orthodoxy, he is not alone in that heresy.

Indeed, over those years, I witnessed first hand as Congress — under Republican control and under Democratic control, with two presidents with the last name of Bush and one president with the last name of Clinton — either try to pass or successfully pass major trade legislation that has set the table for our modern economy and face significant GOP opposition each time.

After he lost in the 1992 election, George H.W. Bush and his administration tried to get the Congress to finish its work on the North American Free Trade Agreement, but he couldn’t deliver enough Republican votes to satisfy Democrat leaders. Bill Clinton would eventually sign NAFTA into law over the objections of 43 House Republicans in 1993.

Seven years later, once again under prodding from Bill Clinton, Congress approved legislation granting permanent trade status to the People’s Republic of China, allowing it to enter the World Trade Organization. That too encountered significant GOP opposition, as 57 Republicans voted “no.”

In 2002, at the behest of George W. Bush, Congress passed Trade Promotion Authority that gave the executive branch the ability to negotiate further free trade agreements with Central and South America. It was one of the toughest votes I have ever witnessed, as Republican members, normally loyal to the president and the leadership, bitterly resisted an “aye” vote. The final tally was 215 to 212, but the vote was in doubt up until the last moment, as 25 Republicans defected.

In 2015, Congress once again was confronted by a request by the executive branch: to pass legislation allowing it to facilitate another free trade agreement. This time, it was President Barack Obama doing the requesting. And while the Republican-dominated House and Senate did eventually pass the legislation, it garnered significant opposition from conservatives, 54 of whom voted no in the House.

Free trade might be the orthodox position among Republican leaders and presidents of both parties, but it certainly was not viewed that way among many in the rank and file. And free trade sounds easier in theory than in practice. Trade agreements are complex in nature, as each industry tries to cut the best deal for its bottom line.

Mr. Trump is not arguing necessarily for protectionism. He is arguing that each of the previous four Administrations has cut bad deals on behalf of American workers. And if you ask those workers, by and large they would agree with Trump.

Free-trade orthodoxy might be unassailable to theorists and economists, but to voters and to those politicians who rely on them to get elected, it’s much more complicated reality.