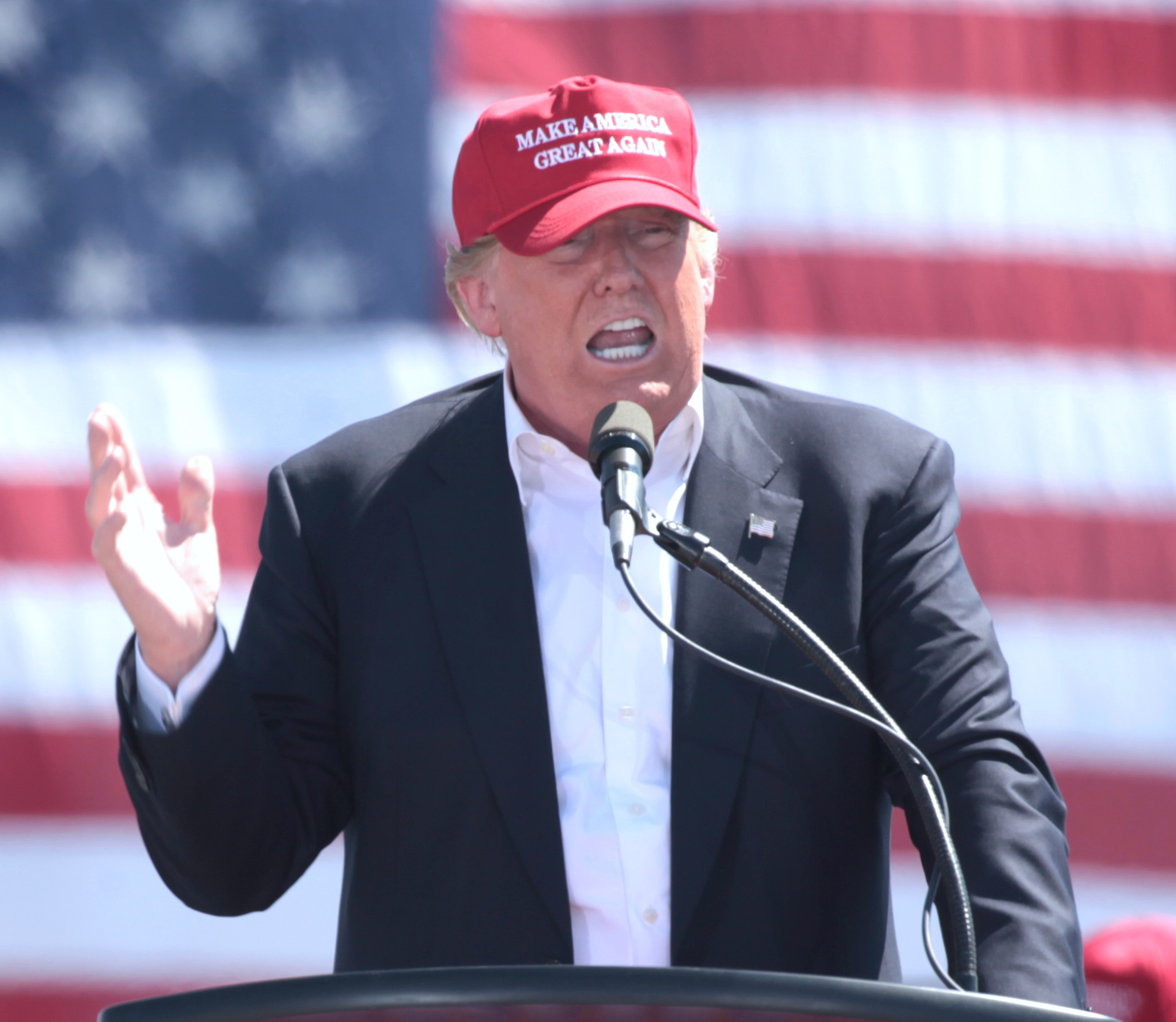 According to the dictionary, plausibility means “Seemingly or apparently valid, likely, or acceptable; credible: a plausible excuse. Persuasive or ingratiating, especially in an effort to deceive.”

...credibility refers to the objective and subjective components of the believability of a source or message.

Traditionally, modern, credibility, reliability has two key components: trustworthiness and expertise, which both have objective and subjective components. Trustworthiness is based more on subjective factors, but can include objective measurements such as established reliability. Expertise can be similarly subjectively perceived, but also includes relatively objective characteristics of the source or message (e.g., credentials, certification or information quality).

Right now, Donald Trump is plausible, by dint of his presumed nomination by the Republican Party next month.

If you are the nominee of a major party, you have a plausible path to the White House. The other party’s nominee could stumble badly, get indicted or otherwise face an unexpected obstacle that throws the election in doubt.

He is not yet seen as completely trustworthy. His business dealings have come under a microscope and he has been accused of being a flim-flam man. His inability to be precise in his language has left him open to accusations that he is lying (when actually he is either misinformed or uninformed in some of his more outlandish statements).

Some voters also don’t think he has the temperament to be president, which feeds into the idea that he can’t be trusted with the power that comes with the job. They see him as narcissistic, prone to impulse, and volatile. These voters (and the media) also don’t believe he has the expertise to be president. He has never served in public office or in the military, usually a disqualifier for presidential candidates. He doesn’t speak the language of the political class. He is too blunt in his approach, too politically incorrect.

He also is not campaigning as a traditional candidate, which gets people thinking that he doesn’t have the expertise to be president. He hasn’t built a real campaign. He just recently hired his first pollster, which he did reluctantly. His business trip to Scotland only reinforced the belief among many doubters that he doesn’t really even know how to campaign. Real candidates for the White House don’t hawk their wares in the middle of the campaign.

There is no easy formula for Mr. Trump to suddenly become more credible as a candidate. Part of his charm, after all, is that he is not a traditional candidate, that he is somebody who promises to bring real change to our political culture. How he campaigns is an important part of his change message.

But Mr. Trump can become more credible as a candidate without sacrificing his outsider image.

First, he can be more careful in his language as he attacks his chief opponent. He doesn’t have to quote unreliable sources, like he did in his blistering attack on Hillary last week.

Second, he can change venues so that we see how he acts when he is not in a big monster rally. From all accounts, Trump is not the blusterer in private meetings that he is in the public square. He should seek to highlight that aspect of his personality, which, incredible as it sounds, is more self-effacing, more humble, more deferential to his peers.

Third, he can expand the definition of experience to include his business dealings with the rest of the world. Love him or hate him, Trump has done business in all kinds of places. He has cuts deals, opened hotels, developed partnerships, and concluded business arrangements in places around the globe.

This kind of hands-on experience is far more extensive than anything Barack Obama did before he won his election. And you can make the case that those types of deals were practical and more successful than anything Hillary did when she was Secretary of State.

Fourth, he has to counter the narrative that he is some sort of racist xenophobe who wants to channel his inner George Wallace when he gets to the White House. That narrative is all nonsense, but it is furthered by Trump’s opponents (who always accuse Republicans of being racist) and by some of Trump’s fans, who see in Trump an advocate for their absurd racial theories.

Can Trump be seen ultimately as a credible candidate for the White House? Time will tell, but we do know that if he isn’t, he will have no chance in this coming election.