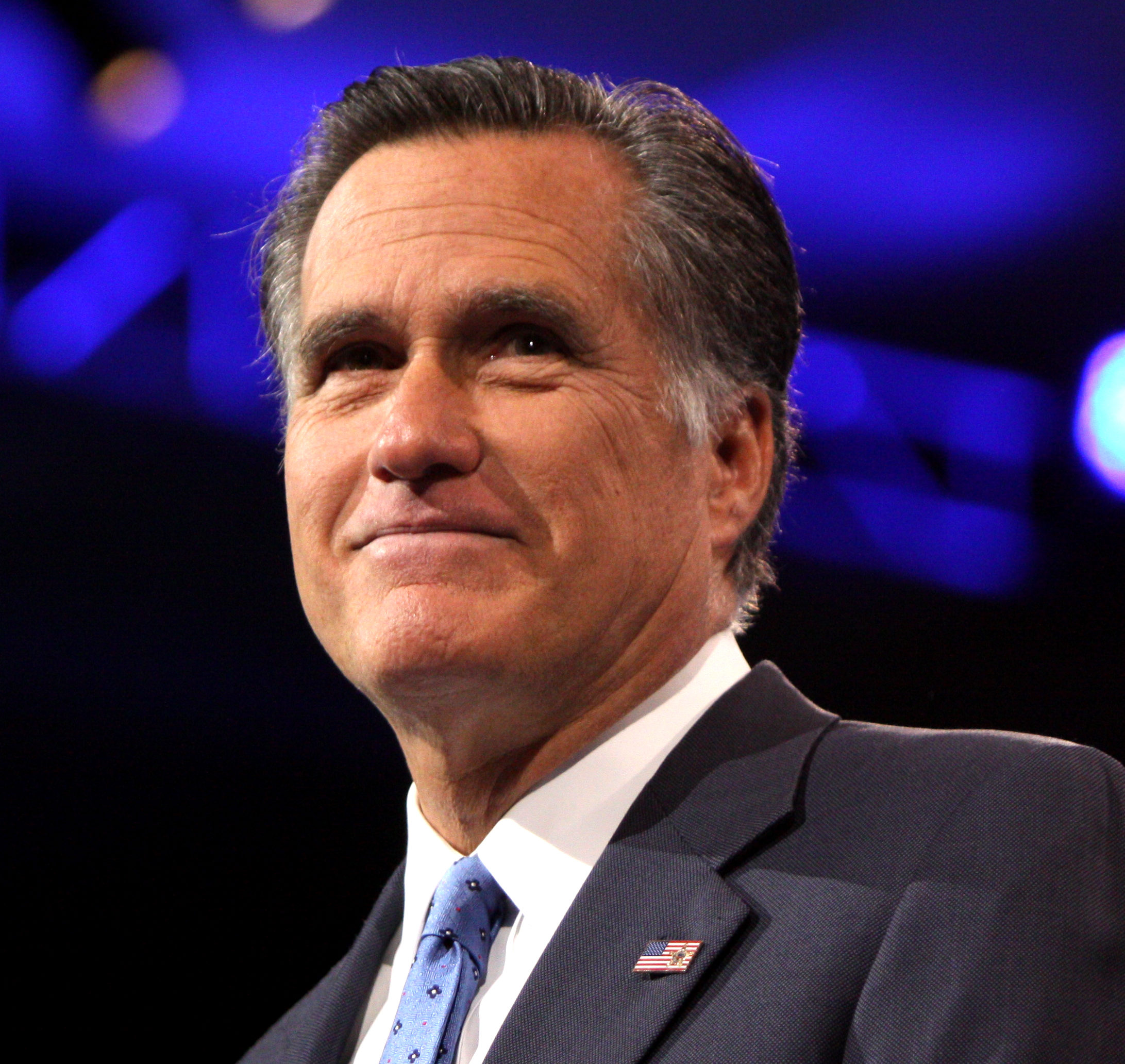 Mitt Romney’s children want him to run for President.

The former Massachusetts Governor let that slip in a press interview the other day.

It seems to me that the Mittster can’t get the bug out of his system.   He wants to run for President again.

And I am beginning to think that he should.

On a third party ticket.

For those who don’t remember history, Anderson was an Illinois Republican Congressman who dropped out of the GOP primary in 1980 when he didn’t win his home state and mounted a third party challenge in the hopes of stopping Ronald Reagan.

As Steve Kornacki put it in an article he wrote about the Anderson campaign, it became "simply another option for frustrated voters who had already decided not to back Carter for another term. Polls found Anderson voters nearly as likely to list Reagan as their second choice as Carter.”

I said I would support the Republican nominee, which right now is presumed to be Donald Trump, and I am sticking to my guns.

Romney and his former campaign team has been among the most bitter of critics of Trump.  I assume they are doing that because they are offended by some of Trump’s comments during the race thus far.

But let’s not forget some of Romney’s greatest hits during his failing campaign for President in 2012.

He said that his job “is not to worry about those people. I’ll never convince them they should take personal responsibility and care for their lives.”

He said that he had a “binders full of women” who might one day serve in his cabinet.  He said that he loved to fire people.  Romney touted his ability to make money, but Democrats had a field day running campaign ads about how he closed down factories and laid off people, all the while collecting big gobs of money.

Barack Obama, his opponent, had the lowest approval ratings of any incumbent to have won reelection.  That’s how good the Romney campaign was. And how good Romney was as a candidate.

But if he wants to run as a John Anderson, I am beginning to think that might not be a bad idea.

It seems clear to me that many people who usually vote Republican are switching sides.  They say they will vote for Hillary.

Richard Armitage (who I think voted for Obama twice), Hank Paulson (who designed the TARP program), Brett Scowcroft (who I actually really respect), and several other former Bush Administration officials have said that they will support Hillary Clinton over Donald Trump.

I would rather have those folks vote for Romney than for Hillary.

What would happen if Romney ran as a third party candidate?

Well, first, he would start attacking both Hillary and Trump, which would be a big improvement over his current singularly-focused attacks on the presumed GOP nominee.

Second, we would see the #neverTrump folks start spending more of their time promoting their old boss.  That means they would also have to start defending his past comments, his past business arrangements and his philosophy.

Third, Hillary would have to start splitting her time attacking both Trump and Romney, not completely certain where the biggest threat would come from.

Fourth, those Hollywood folks who aren’t comfortable with Hillary might start flocking to Romney.  That’s what happened to Anderson in 1980 at least, although Romney is not as sympathetic a character as the Illinois Congressman was.

Fifth, Wall Street financiers will decide to throw their hat into the Romney ring, instead of giving their money to Hillary (who is increasingly moving to the left to satisfy the Sanders crowd).

Who knows how a Romney entrance will scramble the electoral map.  But my view, if it is far better for the Trump campaign for some of these folks to vote for Mitt than vote for Hillary.

If Romney wants to run, by all means he should.