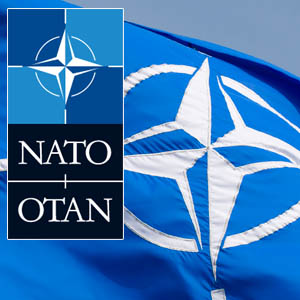 NATO is due for an overhaul.

About four years after the conclusion of the Second World War, the United States formed the North Atlantic Treaty Organization with its strategic Western allies.

Europe was a mess. Millions were still living in refugee camps, one in four children died from malnutrition, the economy was in tatters.

America had spent millions in blood and treasure to destroy the Nazi regime and facing an increasingly hostile threat from the Soviet Union, it was in no mood to go back to war.

NATO was founded to counter the Soviet threat, but it was also founded to provide enough stability to Europe to avoid a World War Three.

Something had to be done about the Germans, the French and the British. The Germans and the French had gone to war three different times over the previous century, and this last war had been the last straw.

Something had to be done.

And 65 years ago, that thing was NATO. The American concept was to force the French and the Germans to love each other, along with the British, under that paternally strong hand of Uncle Sam.

Sure, the Soviet Union was seen as the biggest threat that inspired the alliance. But make no mistake. It became abundantly clear that the Europeans couldn’t manage their own affairs without American leadership.

And over the last 65 years, nothing has really changed to alter that dynamic.

The only time NATO really sprung into action on the European Continent was when Yugoslavia fell apart. And that only happened when it became clear that the Europeans were incapable of handling things themselves.

Donald Trump said earlier this week that we had to take another look at NATO. He believes that we are spending too much on the alliance and that our allies are not spending enough.

We spend about 3.4% of our GDP on defense, mostly to make sure that NATO and our other allies have the support they need to defend themselves.

The vast majority of our allies spend far less on defense as a percentage of their economy than we do. Most of them can’t even make the 2% threshold, even though that is a NATO requirement.

The Germans spend just over 1 percent of their GDP on defense, and for most of the last 65 years, we have been okay with that.

And we have been okay with that because we haven’t really been that comfortable with the idea of Germany rearming itself. Old habits die hard.

We feel the same way about the Japanese. They spend almost nothing on their national defense for the same reason. We mostly take care of their defense capabilities because we don’t necessarily want them to return to the bad old days.

But 65 years is a long time and things change. Threats change. Countries change.

The Soviet Union is long gone. Putin is still a pain in the butt, but Russia’s economy is teetering and on many levels, we should be allied with that regime instead of battling it.

We should be comrades in arms in fighting Islamic terrorism. Both the Russians and the Americans have had their fair share of problems in Afghanistan, for example, but it stretches far beyond that.

Islamic terrorism is a bigger threat to the safety of the Germans, the Belgians and the French than Soviet Communism.

NATO should be reformed to battle the right threat. And we should include Russia in the fight.

Should we be more aggressive when Russia threatens Poland and Lithuania, Estonia and Latvia? Absolutely. But we should do bilateral agreements with those countries, because getting consensus from NATO seems impossible.

The dirty little secret is that Germany doesn’t care that much about Poland or the Baltic countries. They want peace Über Alles.

When it comes to Turkey, we should acknowledge that they aren’t the best of allies. Our NATO obligations complicate our relationships in the region. We should be doing our best to create and support Kurdistan, but we don’t because we are allies with the Turks in NATO.

We allowed Turkey to join NATO because we liked their strategic positioning and we wanted to better surround the Russians.

But that was a long time ago and the Turkish regime has changed. It is now more Islamist than should make us in any way comfortable. Why should they be in NATO while Israel is not? It makes no sense in today’s world.

I’m not sure if Trump meant to spark a real discussion on the future of NATO, but I am glad that he did.

The focus of the alliance should change. We should pay less and our allies should pay more. And we should think clearly about who makes good partners and who doesn’t.