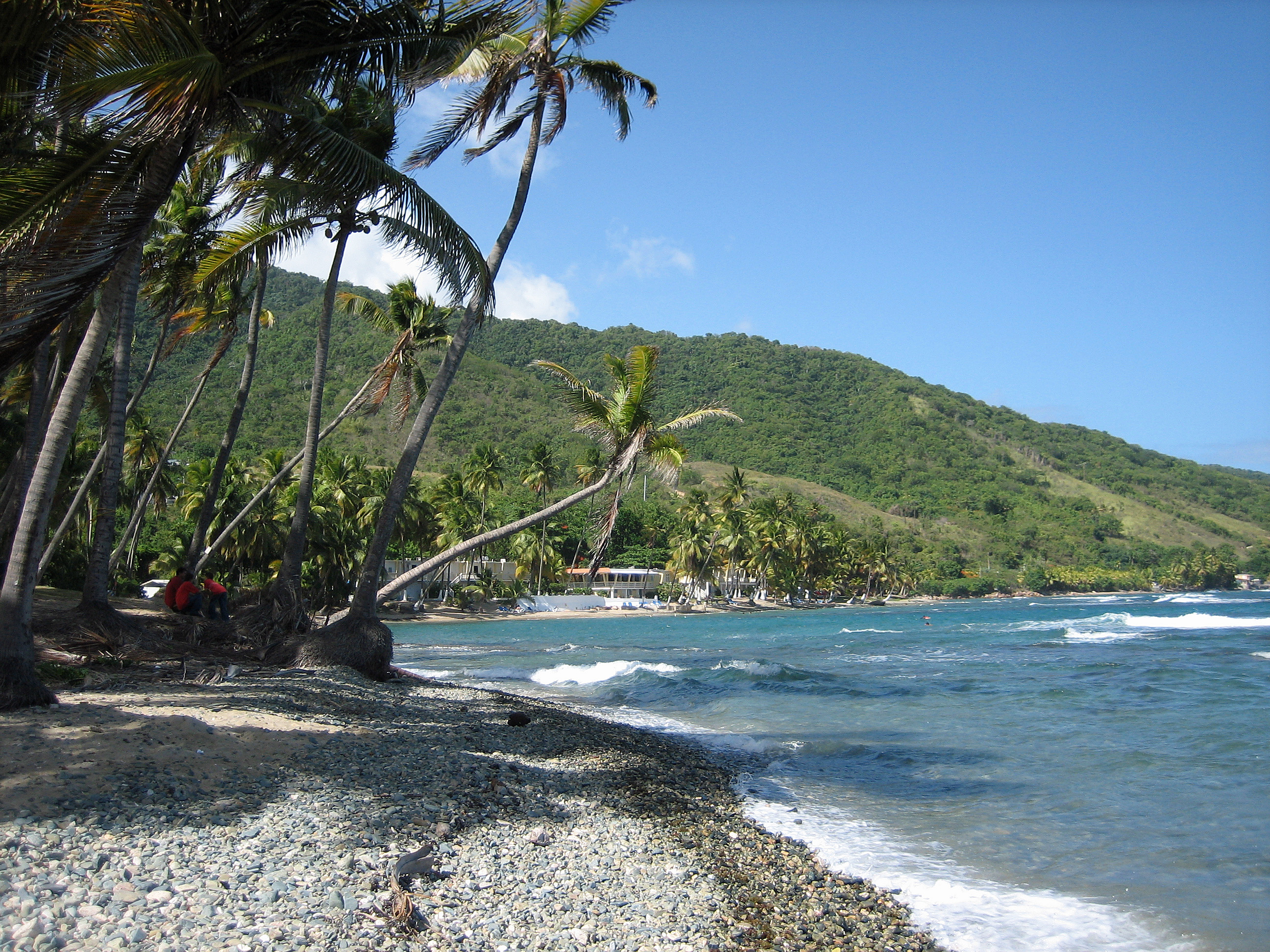 Puerto Rico is a revelation.

If you have never been there, you should go.

I never had been, until last week, and now I regret that it took me so long to get there.

Puerto Rico first came into my consciousness when I watched the musical, West Side Story.

West Side Story, for those who don’t remember, captured the ambiguity of America’s relationship with arguably its most important non-state territory.

That song, in particular, summed up the confusing status of Puerto Ricans who longed to make a better life in this country but were bruised by the routine racism of white America.

The girls all extoll the virtues of living in New York City, the big buildings, the shiny Cadillacs, the new washing machines, while the boys all talk about the difficulties of finding a job, the grim living conditions, the hostility they face from white society.

Of course, things have changed in America since Bernstein and Sondheim first put pen to paper in the 1950’s, but this country’s ambivalent relationship with Puerto Rico really hasn’t.

Over the years, this island nation that lies due east of Cuba, Haiti and the Dominican Republic has had its economic ups and downs.

When Christopher Columbus and Ponce De Leon first landed in its shores, Puerto Rico seemed like paradise. But the arrival of those Europeans was anything but good news for the native Tainos, who were soon wiped out by disease carried by the Spaniards.

Like many other parts of the Spanish Empire, Puerto Rico became a rich ethnic mix of other aboriginal peoples from the area, slaves imported from Africa, transplants from Spain, and later, Catholic immigrants from places like Ireland.

Puerto Rico was not immune to the wars then pitting the Catholic Spanish against the Protestant British, and Sir Francis Drake made a bold attempt to take over the Island. He was defeated. The French and the Dutch also made a play to capture this strategically important piece of real estate, but to no avail.

When you visit Castillo de San Cristóbal, the fort that overlooks the Atlantic Ocean, you can see the kinds of cannon balls that might have been used by the Spanish gunners. You can also see the more modern lookout towers constructed by the United States Army, who used this location to keep an eye on Nazi submarines during the Second World War.

America won Puerto Rico thanks to its victory over Spain near the turn of the 19th Century. In that short but sweet conflict, the Americans won control of the Philippines, Guam, Cuba and Puerto Rico.

The pretext for war was somewhat murky, but there was enough disenchantment with Spanish rule in Cuba and Puerto Rico to embolden the Americans to go ahead and take what they believed was rightfully theirs.

Eventually, Cuba would be turned over to the Cuban people, just as the Philippines would be given back to the native Filipinos. But Guam and Puerto Rico, given their small size and their strategic importance, would continue their complicated relationship with United States.

And over the last hundred years or so, that relationship has been both mutually beneficial and extremely frustrating.

Some separatists attempted to assassinate President Truman and others shot up the U.S. House chamber just around the same time that Sondheim and Bernstein were dreaming up their award-winning musical.

Puerto Rico’s economy has at times prospered and at other times tanked. At times, Congress has allowed tax incentives to flourish, which gave rise to a vibrant rum and prescription drug industry.

But those tax incentives were allowed to expire in the United States Congress and as a result, the Puerto Rican economy has suffered. It also suffered during the financial crisis of 2007/2008 and it still suffers today.

This Island doesn’t have its own currency, because it is technically part of the United States. As a result, you can’t really find any deals on the island. It’s a pretty expensive place to live, especially for those who live in poverty, a sizeable number.

Governance in Puerto Rico is at best a bit spotty. There is a huge underground economy on the Island, which means that collecting taxes is an inefficient process.

Just about every public entity on Puerto Rico can issue bonds. That has lead to a proliferation of debt, most of which is seemingly unpayable.

For a small Island, Puerto Rico has a huge debt, at last count about 72 billion dollars worth. Since there is about three and a half million people, that works out to about 25,000 dollars a person.

The people of Puerto Rico won’t pay back that debt. They would rather move to the mainland than deal with it. And that is what is currently happening.   Thousands of Puerto Ricans are moving to the States, especially to Florida, just in time to vote in the November election.

If this Island territory defaults on its debt, the ramifications could be pretty intense.   Just imagine what happened in Greece and its impact on the European Union and then think Puerto Rico and the rest of America.

Congress is currently trying to fix this problem. The initial drafts seemingly are moving toward giving the Puerto Rican government and its public entities a chance to get some bankruptcy protection as well as some sort of spending control board appointed by the President and the Congress that would be in charge of sorting this all out with its many creditors, most of whom are Wall Street firms.

I would recommend that Congress give special deference to the people on the Island. They won’t be able to fix this themselves, but they also will resent it and resist changes unless Congress works to incorporate their concerns.

Congress also shouldn’t neglect both short-term and long-term solutions to keep the Puerto Rican economy moving and then growing in the future.   A control board that simply slashes spending without coming up with a plan to grow the economy in the future will be counterproductive.

And finally, we need to stop with the political ambiguity. Puerto Rico is either a full partner in the American family or it should go its own way.

We don’t do colonies in this nation that was initially founded as 13 colonies. We should either make Puerto Rico a state or let it find its own destiny as a country with its own proud heritage and history.

The ambiguity is not working.

When you sit down in a restaurant in Puerto Rico, the waitress will usually say to you “hello family.”

The question today is: is Puerto Rico part of our family? If it is, we have to take care of it. If not, we should set it free.