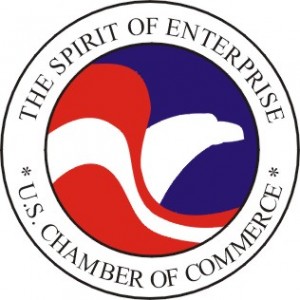 ThinkProgress, the left-wing, anti-capitalist, George Soros-funded attack machine put little old me in their cross-hairs. They accused me of being a paid toady of the Chamber of Commerce: “Paying For Television Pundits: GOP lobbyist John Feehery has appeared on cable television to attack ThinkProgress’ reporting, taken to Twitter call President Obama a “business-hating socialist” for calling attention to this story, and even penned an article in The Hill newspaper to defend the Chamber and lie about our investigation. Feehery never mentioned the foreign corporate direct donations to the Chamber’s 501(c)(6). But more importantly, neither The Hill nor any of television outlets Feehery appears on disclosed the fact that Feehery’s public relations firm, The Feehery Group, counts the U.S. Chamber of Commerce as one of its clients. Shortly after our story broke, Feehery was hired by another public relations/lobbying firm, Quinn Gillespie, which is also a client of the Chamber. Moreover, Fox News’ parent company is an active member of the Chamber, and hate-talker Glenn Beck met with the Chamber’s second in command earlier this year to plot the 2010 election. While Fox hosts and Beck have endlessly defended the Chamber’s secret money, there has been no disclosure of the network’s financial ties to Chamber lobbyists.”

While I once had the Chamber of Commerce as a client three years ago (they didn’t pay me very much, and I wasn’t with them very long), I haven’t had the Chamber as a client since 2007. If ThinkProgress had bothered to call me, I could have cleared up that technical detail for them.

They then said that because I am set to join QGA on Monday that somehow I jumped the gun and started representing the Chamber early in my new job. That is just pure fantasy on their part.

Finally, they somehow try to make the case that I am involved in some grand conspiracy with Glenn Beck. While I wish my blog got the same amount of attention that Glen Beck gets, as anyone who reads The Feehery Theory understands, I am not a huge fan of Mr. Beck. Check out my past posts on him, and you will get a fuller picture.

They call themselves ThinkProgress. I call them ThinkBull.