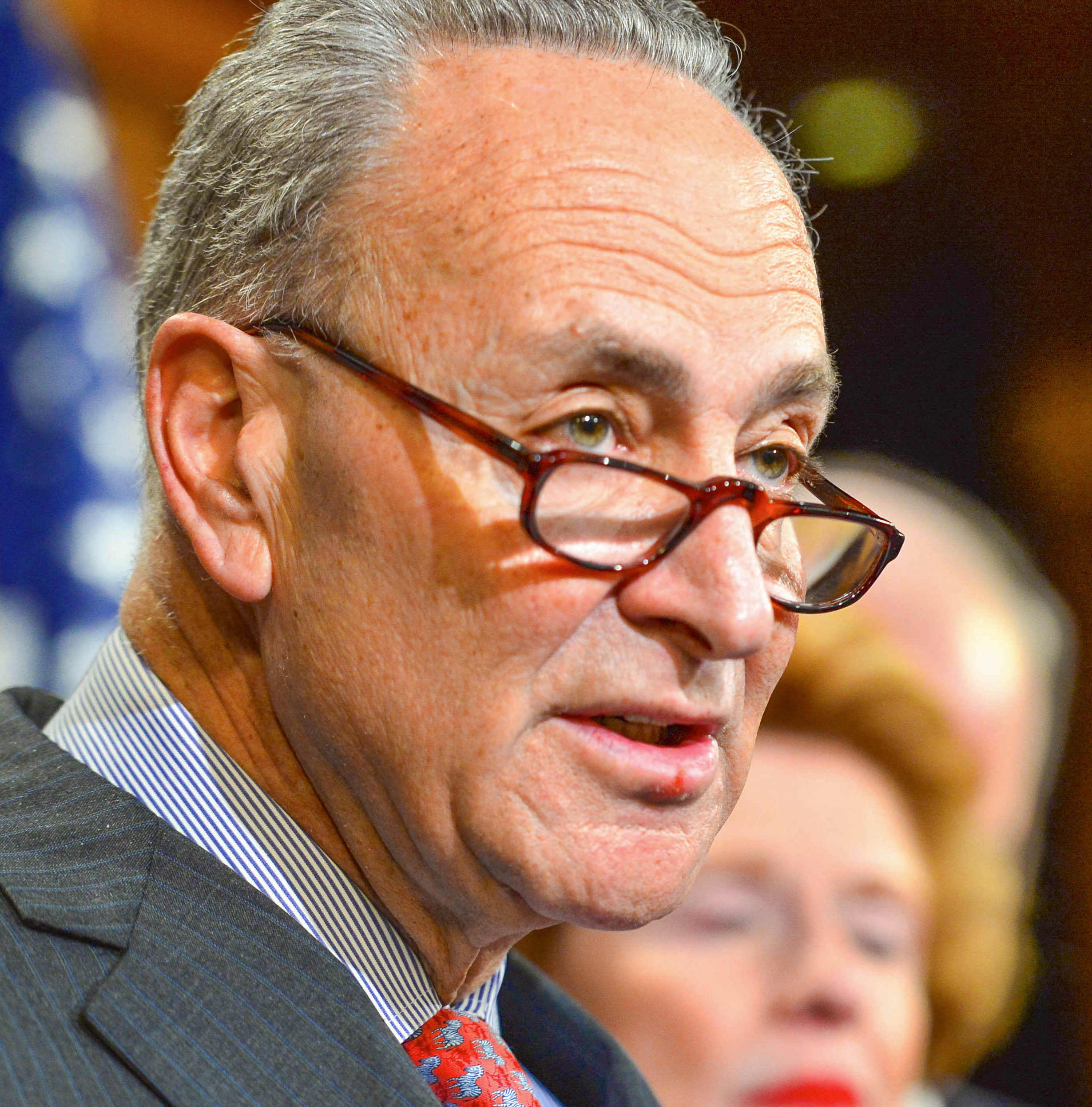 Chuck Schumer, the Senate Minority Leader, thinks he is being clever by linking action on tax reform/business tax relief to President Trump’s own tax returns.

Here is how the Washington Post reported it: “It’s going to make tax reform much harder” if Trump doesn’t release his returns, Schumer told reporters Tuesday. Anytime the president proposes something on tax reform, “the average American is going to say, ‘Oh, he’s not doing that because it’s good for me, he’s doing it because it’s good for him.’ So for his own good, he ought to make them public. And the big mystery is why he hasn’t.”

Throughout the campaign, the Democrats attempted to raise Trump’s tax returns as an issue. They also raised Trump’s connections to Vladimir Putin. They called him a racist, hinted that he was anti-Semitic, claimed he was homophobic, and launched all kinds of other charges.

For the average American who voted for Trump and many who didn’t, their top concern had nothing to do with the billionaire’s taxes, or his crazy comments or his out-of-control Twitter feed or anything in his personal life.

If there was one thing that Hillary Clinton failed spectacularly to focus on was jobs. She fell into the trap of attacking Trump without addressing directly the concerns of the voters.

It’s far easier to launch personal attacks than the come up with a coherent plan to fix a broken economy.

And we shouldn’t think that the economy, 9 years after the financial crash of 2008, is in a particularly good place.

Wages for most workers are still stagnant. Economic growth is anemic. The stunning gap between the rich and poor is wide and getting wider. And working class people have to work two three jobs to make what they once made before the crash.

And when parents are forced to work crazy hours, they don’t have the time or the energy to adequately take care of their children or their aging parents. They don’t have to time join civic organizations or go to church or become part of the social fabric of the country.

When people struggle to make ends meet, it has a profound impact on society.

Donald Trump doesn’t have all the answers to the problems that face the American economy. But he has a coherent set of ideas that make sense, especially to non-economists.

He campaigned on this coherent set of ideas and he won because the American people were so disgusted with the status quo and so desperate for a change in direction when it comes to job creation that they were willing to give him a chance, despite all of his warts.

The Democrats have not processed why they lost this election. They think it was racism or Putin's dirty tricks Putin or bad staff work by the Hillary campaign.

But they lost because they don’t have a plan on jobs. They were distracted by the bright shiny objects that Trump gave them repeatedly during the campaign, and they never got to the meat of the agenda.

Chuck Schumer’s attack on Donald Trump repeats the same mistake. Holding up tax reform because President Trump won’t release his tax returns is the ultimate insult to workers who want a better job and a better economy.

It might seem clever, but it is stupid politics. There’s a fine line between clever and stupid and in pursuit of a clever campaign strategy, Mr. Schumer is lurching into stupidity.