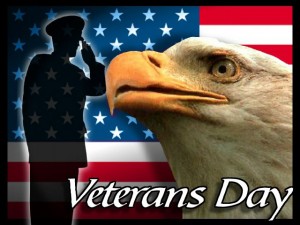 It is altogether fitting and appropriate that the President’s deficit commission would start leaking its wish list on Veteran’s Day.

After all, the number one issue facing America’s national security in the next century is our crippling debt.

Ronald Reagan introduced the phrase “peace through strength” into the American lexicon, but it is awfully hard to be strong militarily if you can’t pay your bills.

The deficit commission has taken a whack at a plan to deal with the deficit, and we can quibble with those proposals (I think getting rid of the mortgage interest deduction causes a whole lot of pain with not much corresponding gain, for example), but they are at least letting us all know that we have some big problems we have to deal with, and soon.

When you get to a trillion, what comes to my mind is the inflation that afflicted the Weimar Republic. These are silly numbers, beyond comprehension.

Veterans deserve a great deal of thanks for the service they have provided keeping this country safe. They have sacrificed their lives, their limbs, and the emotional well being to fight bad guys across the globe.

It is high time that we all join our veterans in sacrificing just a bit to keep American free and prosperous for the next hundred years.

That also means that government employees at the federal, state and local level (including Members of Congress, by the way) must get their pay frozen and their retirement benefits diminished a bit. That means that richer Americans pay more for Medicare. Does Bill Gates really need his Social Security check?

And yes, that should mean that we completely reform our tax laws so that everybody pays, including the very rich and the fifty percent of the American people who currently pay nothing in taxes.

We should be strategic in our spending on basic research. We should always understand that the national debt has become the national security issue, and so maybe we don’t need to spend money on National Public Radio, but that we also shouldn’t sacrifice our space program, because that is the next national security frontier, and besides, the inventions that come from space will continue to help every American for the next century.

I am glad that the deficit commission has made some important recommendations and I glad that they have leaked out on Veteran’s Day. The debt is a national security issue, and this helps to hammer that point home.