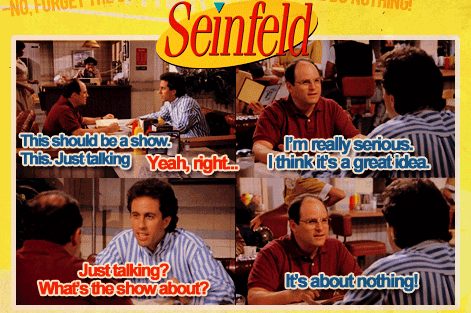 This election was supposed to be a referendum on President Obama.

Then it suddenly morphed into a choice election between President Obama and Mitt Romney.

Now, it has become referendum on Mitt Romney.

How the hell did that happen?

The Romney campaign hasn’t been very clever or disciplined.

They didn’t define Romney early enough in the public’s eye with a consistent, if boring, message of who Romney is and what he would do.

Romney is a family guy who will help get the government off the back of America’s families.  That would have been a good theme.

Instead, they decided to focus almost exclusively on Romney’s business experience, apparently forgetting that a business tycoon has never, ever won a Presidential election, and only rarely win Senatorial elections.

The American people aren’t electing a CEO to run the country.   They are electing a President, and that is a far different kettle of fish.

Since the summer, the Romney campaign has lurched from message to message, at times hitting the President (prematurely, as it turned out) on a press release sent out by the American embassy official in Cairo, at other times wandering into evangelical libertarianism and at still other times, hitting Obama on a  “you didn’t build it” comment that may have had resonance for a couple days, but certainly wasn’t enough material to build an entire convention around.

Romney’s pick of Paul Ryan further made it easier to make this election a referendum on the Republicans.  Ryan had his famous budget, and love it or hate it, it sure gave the Obama team a lot of ammunition from which to shoot at the front-runner.

George W. Bush and Ronald Reagan both understood the value of a disciplined message.  Bush was a compassionate conservative and reformer with results.  Reagan was, well, Reagan and everybody knew what he stood for.

By not coming up an early strategy to effectively define their own candidate, the Romney team let the Obama team do the defining.   And the Obama team has a willing accomplice, the national media.

Now, let’s posit for a moment that the national media is not completely in the tank for Team Obama.  Even if that were the case, the reporters and pundits that make up the Greek Chorus of Presidential elections would busily write stories about Romney the man, Romney the candidate, Romney the businessman because that is what is new in this election.

Now, add in the necessary ingredient that the media is still head over heels in love with Barack Obama, and you have all of these stories that would be written anyway, but they are written with a certain ideological zeal that puts the Romney team on the defensive and paints an extremely negative picture of the Republican nominee.

The media has been especially helpful to Team Obama by promoting loaded polls that over-sample Democrats in their surveys.  These polls are selectively released to show a Romney campaign that is in deep trouble and an ascendant Obama campaign.

The Obama team itself has done a remarkable job of campaigning.  They have been strategically brutal in their use of ads.  In Northern Virginia, for example, they have focused exclusively on the female vote, talking about Romney’s supposed extremism on issues like abortion (Romney has been fairly moderate on the issue).  They have also been clever in their use of symbols like beer.  You can’t see a picture of Obama on the campaign trail without him very, very close to a beer.   Romney doesn’t drink beer.  Obama drinks beer.  White men like beer.  Not very complicated.  But if the polls are right, pretty effective, because Obama is doing better with white men than he ought to be doing.

Some pundits are saying that this campaign is like an episode of Seinfeld.  It’s about nothing.

And that is exactly how the Obama campaign wants it.  If this election were more about issues and less about personality, Team Obama would be in huge trouble.  The economy still sucks.  The Middle East still teeters on war.  The fiscal cliff still lingers.  The debt still is a disaster.  And the President hasn’t done much to make things better.