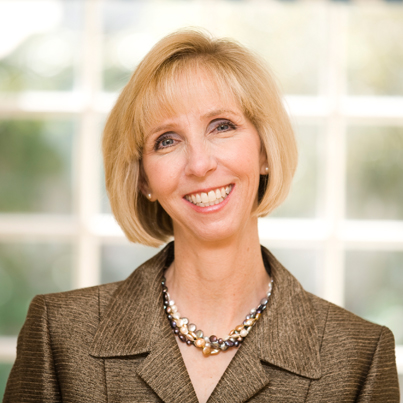 Andrew Jackson first formed his “Kitchen Cabinet” amid the tumult of his first term.  He decided to kick out the John C. Calhoun partisans, and stick his own friends (including his step-son) in positions where they could give him the best advice.

Hamilton was a rabble-rouser.  He was created the first American “spoils system” where he systematically awarded his political supporters with patronage.

There is a new Kitchen Cabinet, and this organization has nothing to do with Andrew Jackson or the spoils system.

It has everything to do with getting more female voters to vote Republican this fall.

I talked to Sonja Eddings Brown this morning.

Sonja is the founder of The Kitchen Cabinet, which has become an important grass-roots group of conservative women who want Mitt Romney to become the next President of the United States.

Her plan is to create a grassroots organization that uses the 100,000 or so women who already part of her “Kitchen Cabinet” to reach out a million more women to get them to vote for Romney too.

Sonja Eddings Brown is no dummy.  She understands that the gender gap is a huge problem for the Romney campaign, and she knows that the most important part of political outreach is to get both the message and the messenger right.

Oftentimes, the messenger is your next-door neighbor or the friend you periodically get coffee with at the local Starbucks.

Sonya is a public relations maven.  She lives in Los Angeles (not exactly a hotbed of conservatism) and she has worked in the entertainment business, so she knows how to get a message out.

Now, conservative women don’t always talk the same language as independent women or of swing voters.   Swing voters tend to be less ideological and more practical in their voting decisions.

They won’t be moved by language that cites H.R. this, or Simpson-Bowles that.  They want practical solutions to everyday problems.

I don’t want to stereotype female voters, but obviously married women tend to have different concerns than single women, and that is reflected in the polls.

Education, both the quality and the cost, is a much higher priority for mothers (whether they are married or single), than women who don’t have kids.

The Obama campaign has been pretty strategic in their education message.  I live in Washington D.C., so I get to watch the campaign commercials from Northern Virginia.

Obama has been blasting Mitt Romney fairly regularly on the education message.  According to the advertisements, Romney wants to slash education funding by 20%.  The proof comes from the Ryan budget.

I haven’t seen Team Romney respond to that commercial, which I think is pretty effective.   Women voters don’t want to see education funding cut back.

According to the Obama commercials, Romney also is an extremist when it comes to the issue of contraception and abortion.  In actuality, Mitt Romney is very much a moderate on those issues, and has been throughout his career.  But that is not what the Obama campaign is saying, and once again, there has been no response from the Romney team.

If Coca-Cola ran an ad campaign that said that drinking Pepsi causes breast cancer, you would expect Pepsi to either counter with its own advertisements or at least complain to the broadcasters.

Obama is basically accusing Romney of hating children and taking away the right for women to have sex, and the Romney campaign just sits on its rear-end, letting the boys from Chicago pound away.

It would be good if Team Romney could use surrogates like Sonja and her Kitchen Cabinet to fight back against the targeted, effective and brutal Obama attacks.

The irony is that among the biggest supporters of Mr. Obama is the same group that is the biggest obstacle to effective education reform, the National Education Association.

Sonja Eddings Brown, who led a very successful school reform effort in Los Angeles, would be a great messenger on the whole education issue.    The Romney campaign should think about using her and her “Cabinet” more.