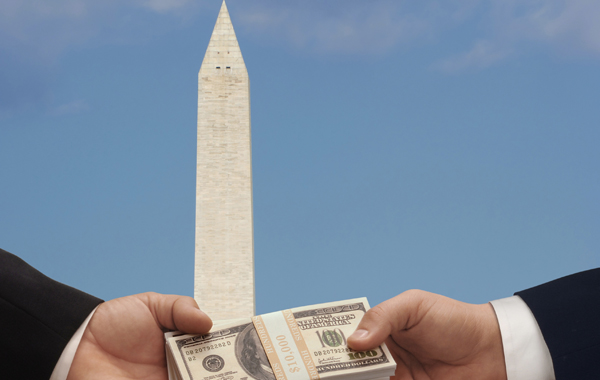 I hate to be a naysayer, but I can’t think of a bigger waste of money than that spent on Super PACs.

Super PACs were supposed to replace the political committees in their influence.  Billionaires were supposed to be able to basically buy elections by building their own political action committees and then spending millions of dollars on advertisements that supposedly would help their hand-selected candidates win.

In the Republican primary, Newt Gingrich benefited from the largesse of a Super PAC founded by his friend Sheldon Adelson, who gave the former Speaker millions in advertising support through his Super PAC.  Foster Friess donated millions of dollars to Rick Santorum through his Super PAC.   But it wasn’t the advertisements that made the critical difference in the race.  It was the record and performance of the candidates.

Super PACs have spent millions of dollars in the general election, but there is no evidence that they have made a scintilla of a difference in the race.  Pro-Romney Super PACs have overwhelmed the pro-Obama PACs in spending on advertising, and yet, Romney is still behind in the polls.

I think the reason is pretty obvious.  Voters are smart.  They discount when an advertisement comes from some group that they never heard of before.  Just putting up an ad with a clever punch line without clearly identifying who is paying for it simply doesn’t register with most voters.

This is why Republicans need to push for campaign finance reform.  McCain-Feingold destroyed the political parties by banning the use of soft-money.  The Citizens United ruling opened the door to corporate and labor contributions and made it easier for billionaires to open their own political action committees.

Most billionaires don’t know squat about politics.  They have expertise in finance or in super computers or in oil and gas exploration.  But they don’t know anything about the political game.  So they are susceptible to entreaties from political operatives who say to them, give me your millions and I will give you some really good political commercials.

The irony is that the Super Pac ads, by and large, have been lousy.  Nothing new, nothing interesting, nothing really impactful.  In other words, a big waste of money.

When commercials run from these organizations, the voters know where they are coming from.  These ads have more credibility because the organizations are identified clearly.   The voters might discount them from a partisan perspective, but at least they know that they are not being paid for by some shadowy organization.

In my view, the Super PACs are a super waste of money.