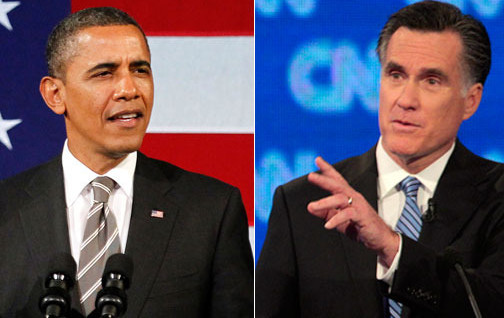 The fundamental question of this election is not: “Are you better off than you were four years ago?”

Nope, the fundamental question is: “Do you want to relive the last four years?”

If all of the polls are correct, and I don’t necessarily concede that they are, we are most likely headed toward a status-quo election. President Obama will have a slim majority in the Senate but will have to confront a sizable Republican majority in the House.

Obama is trying to make the case that things will magically change if the Congress stays the same. He believes that with the election behind him, Republicans will want to cut a deal with the newly reelected president.

I find that awfully hard to believe. My guess is that we will have the same “Perils of Pauline” routine that we had when the Congress almost defaulted on our national debt.

The only thing worse than having the gridlock of the last two years would be having the insanity that accompanied Obama’s first two years, when he had a House and Senate both completely dominated by Democrats.

I bet you that the words “Nancy Pelosi” haven’t passed his lips more than half a dozen times on the campaign trail.

So Obama is not arguing for a return to complete Democratic control. Instead, he is arguing for the same basic alignment that currently engenders the support of about 15 percent of the American people, which, as John McCain says, amounts to the family and friends of the political class.

And perhaps the voters are content with a malfunctioning Congress interacting with a feckless executive branch.

But I don’t really think so.

The Romney campaign has a strategic imperative to fill in the blanks for the voters about the next four years.

How can Romney assure us that his first term as president is going to be different than Obama’s first term?

This isn’t just about issues. It is about how he will handle the job as president, how he will focus the attention of the Congress, how he will negotiate with congressional and foreign leaders and how he will move the country forward, away from the gridlock that has paralyzed the system.

How will he deal with congressional leaders who are hostile to his philosophy?

Will a President Romney lead from behind in the Middle East?

President Obama is promising more of the same in the next four years. He has offered no specifics of what he wants to accomplish, no bold agenda, no hope and change.

By reelecting Obama, the taxpayers get the chance to get four more years of Obama. What does that mean, exactly? Outside of some cool travel and a lot more golf, it is hard to really know, because the president hasn’t outlined much of an agenda.

So we can assume that the current president, with the current makeup of Congress, will give us what we have grown accustomed to. In other words, the status quo.