The Declining Art of Negotiation 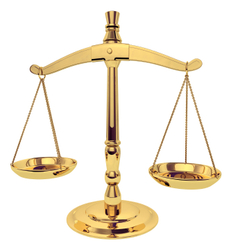 Otto Habsburg, the last heir to the throne of the former Austrian-Hungarian Empire and oldest member of the Habsburg family, died yesterday at the age of 98.

The Habsburg family used to be kind of a big deal in Europe, but the Habsburg empire collapsed during the First World War, and Otto and his family found out that being a former Emperor is not nearly as influential as being an actual Emperor.

The Austrian-Hungarian Empire was founded after the Holy Roman Empire collapsed after Napoleon ran around Europe at the conclusion of the French Revolution.

Prince Metternich was the man who picked up the pieces and constructed the Concert of Europe during the Congress of Vienna. Metternich was all about stability and the balance of power. He didn’t care much for nationalism or liberalism or democracy. He cared mostly about preserving the peace and keeping monarchies in place.

Metternich was a master of negotiation. He was able to craft a workable peace that lasted from 1815 to 1914 (not including a nasty little war between Prussia and France that ended with the creation of the German state). It wasn’t perfect, but the Metternich model was the inspiration for today’s United Nation and the European Union.

The debt limit negotiations are but one example of this trend. The NFL might have to cancel its season because the two sides are refusing to give an inch. This battle of billionaires vs. millionaires alienates the legions of fans, most of whom are neither billionaires nor millionaires, but end up having to pay higher prices no matter what happens in the negotiations.

The NBA lock-out is an even more bizarre example of the breakdown in negotiations. The television ratings for the NBA are terrible, the game is in need of some likeable stars, yet the owners and the players refuse to reach an honorable compromise that will help both sides.

Of course, the worst case scenario comes with the debt limit negotiations. If they fail, and if the Congress and the President refuse to hammer out an agreement, America is in big trouble.

What will happen if we can’t pay our debts? Well, our credit rating will sink, meaning that our borrowing costs will skyrocket. Our currency will fall in value, which will mean much higher inflation. Our credibility as a world power will be shot.

Well, not in this atmosphere. Neither the hard left nor the hard right are in much of mood to compromise, and the political leaders stuck in the middle don’t seem to have the inclination to cross their base supporters.

What would Metternich do?

First, he wouldn’t pay attention to the polls. He was an elitist who believed that most people didn’t understand international affairs, and when they had opinions, they were almost always mis-informed.

Second, as a conservative, he valued stability over ideology. He would seek to find a compromise that would not radically change the American social contract, for fear of upsetting the underpinnings of society.

Third, he believed that negotiation required give and take, and he sought to give all sides a reason to declare victory.

Fifth, he believed that order protected freedom. He put it this way: “For me the word “freedom” has not the value of a starting-point, but rather that of an actual point of arrival.” The word “order” denotes the starting-point. Only on the concept of order can that of freedom rest. Without the foundation of order, the call for freedom is nothing more than the striving of some party after an envisaged end.

When America does not pay its debts, it undermines order. Metternich would not likely be a fan of inaction on the debt ceiling. It undermines order and thereby threatens the freedom of all of us.

Metternich has his critics. Some believe that he didn’t pay sufficient attention to rising European nationalism or to democratic liberalism. Some found him to be a reactionary who only wanted to stifle progress in the 19th century.

And while his critics might have some points, the fact of the matter is that Metternich succeeded. His work at the Congress of Vienna helped usher in a solid century of progress and peace in Europe. And his stage craft in those crucial months still stand as a shining example of negotiation at its finest.

Our Congressional leaders and the President ought to study Metternich as they come to some resolution of our debt limit negotiations. They might learn something.