The Choice for E and C Chairman 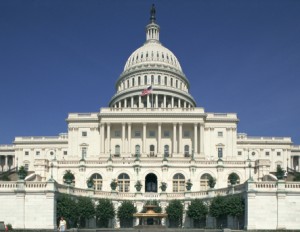 “Nancy Pelosi, flush with the excitement of a new expanded majority and a new liberal post-partisan President, took two steps to may make her time as Speaker fairly short.. First, she kissed good-bye to Rahm Emanual, the fiery, combative and highly partisan Caucus leader…Second, she is backing the coup against John Dingell, led by Henry Waxman…As a republican strategist, I am delighted by this power play, because it could mean the beginning of a divided and weaker Democratic caucus…Dingell has been one of the most effective Chairman in the history of the House, so taking him out would be good for Republicans.. Sacking a Chairman because he incompetent is one thing. Sacking a Chairman because of a personal slight or because he disagrees with you on an issue is something completely different..Most members will support a Speaker who sacks an incapacitated or incompetent Chairman. But some members will grow very nervous when a Chairman is sacked for political reasons. They know that the bell may next toll for them.”

I thought of that column in the context of the current race for Energy and Commerce Chairman in the new Republican-led Congress.

The GOP faces a similar choice. Do they take a more ideological route and pick somebody who may be more philosophically pure or do they pick someone who has great competence, but on occasion has moved to the middle on some issues?

Joe Barton, who is the current ranking member of the Energy and Commerce Committee, is term-limited under the Republican Conference rules. He is making the case that he deserves a waiver because he is ideologically purer than his possible replacement, Congressman Fred Upton.

Barton is perhaps best remembered to the American people for apologizing to Tony Hayward of BP, for the fact that British CEO was treated roughly by the Committee because his company allowed a few million barrels of oil to seep into the Gulf of Mexico. Barton’s apology was not sought and not wanted by Mr. Hayward, and it proved to be deeply embarrassing to the Republican Leadership, who gave serious thought to dumping Mr. Barton on the spot from his position as ranking member.

Barton survived and perhaps thinking that Republicans have collective amnesia, has made a strong play to be named Chairman, including having his staff release a fairly tough hit piece on Fred Upton, which he helpfully leaked to Rush Limbaugh and others.

I like Joe Barton. Even though, on occasion, he raked me over the coals when I worked for the MPAA. He wanted to change the law, so he could have the right to make lots of different copies of DVD’s (a position that never seemed very conservative to me) and I defended him when he made his comments about Tony Hayward.

Fred Upton is a thoughtful and extraordinarily competent member of Congress. At times, he can be too thoughtful, but as someone who has a deep grasp of policy, that should not be construed as a vice.

He is not necessarily a movement conservative (but then again, neither am I), but he is definitely a Reagan conservative. In fact, he worked in Reagan’s OMB, when David Stockman was the Budget director.

On the issues that matter to his Committee’s jurisdiction, Upton is true. He is pro-life. He is pro-copyright (unlike Barton). He is pro-drilling, pro-nuclear, pro-all of the above when it comes to energy. He was against Obama-care, against Pelosi’s cap and trade bill, and generally pro-business.

Fred is willing to reclaim the middle ground and push the Democrats further to the left. It is awfully hard to demonize Fred Upton, so when he holds countless hearings on the President’s health care law, my guess is that it will be the policy and not the personality of the Chairman that will be in the spotlight. That is a good thing.

I like some of the others who are in the hunt to be Chairman, especially John Shimkus, who is from my home state of Illinois and who is one the finest people I know.

But I tend to be a regular order guy, and Fred Upton deserves the chance to be a great Chairman of the Energy and Commerce Committee.

John Boehner is a lot more politically adept and a lot more humble than Nancy Pelosi, so my guess is that he will keep the regular order and also support Upton, although I have no inside knowledge that that is the case. So the parallels between what happened to John Dingell and what will happen this time are not exactly present.

But the Republicans have a similar choice. The Chairman of the Energy and Commerce Committee is a critical figure for Republicans in the next two years. Fred Upton would be a wise choice to lead that Committee.