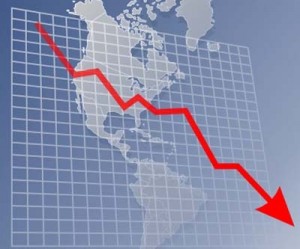 The headline in the Wall Street Journal says it all.

"Recovery gains steam", the story says. "The U.S. Economy is starting to fire on all cylinders, though the upturn remains too weak to bring down high unemployment."

I predict that unemployment will bounce back for two reasons.

First, the nature of the business cycle is such that the the economy is bound to start roaring back, as people get out of their collective funk.

Second, free-market Republicans now have their feet on the brakes of an out of control government.

Yes, President Obama still has his hands on the steering wheel, but the President can't go anywhere unless Republicans take their feet off the brakes.

The New York Times had a story today about how big business gave a bunch of money to the Chamber of Commerce so the Chamber could influence the midterm elections.

What was interesting about that story is that the business community participated in the election not to get any special interest tax breaks. They gave so much money to the Chamber because they were panicked that the President and his allies were going to destroy the private sector with their job-killing policies.

The Democrats like to take credit for two initiatives started by President Bush, tarp and the auto bailout. They like to talk about how these policies helped save the economy and that they are proof that the Democrats are getting a bad rap.

Then they run away from any mention of the job-killers that they either passed proudly (minimum wage, health care) or tried to pass (cap and tax). But those policies created uncertainty not only in particular instances, but most importantly, in the general direction of the country.

It is hard to invest in more jobs if you are a business owner if you think the country is going to hell in a hand basket, chiefly because the politicians hate the private sector.

It is no coincidence that the economy really started collapsing once the democrats took over the congress in 2006.

Liberal Democrats like to call themselves progressives. That is because as soon as they gain power, the economy gets progressively worse.