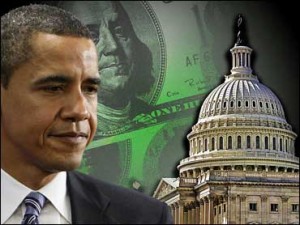 President Obama is a basketball junkie.  As we all know, he plays with a bunch of accomplished and physical players, including one who bopped him on the lip last week.

When I played basketball in high school, my coach taught me a valuable lesson about playing defense.  Don’t follow the ball, he told me, follow the offensive player’s midsection.  You can’t go anywhere without your midsection.

He says that because he believes it sounds good to voters, most of whom make less than $250,000.  But if he really wanted to do that, he would have had the overwhelming majorities that he controlled in the House and Senate take care of the Bush tax cuts for the rich long ago.

It has been a mystery to me why the Democrats didn’t take up tax legislation during the regular session of Congress.  Creating more certainty in the marketplace surely would have helped the business sector plan and could have had a positive impact on job creation.  Raising taxes on the rich could have helped the President’s budget plans and allowed him to spend even more government money.

I think the answer is simple.  He wants to raise taxes on everybody and he wants to blame Republicans for the tax increase.  He has no interest in furthering a Bush tax cut at any level, but he needs a willing scapegoat.

Letting the Bush tax cuts lapse, from his perspective, isn’t the worst thing that could happen.  Alan Greenspan, the old sage of the Fed, himself said that we can’t afford the tax cuts anymore.

The President hasn’t taken action to keep the tax cuts in place, because he wants taxes to increase, and he wants the GOP to take the fall.

He may be using the $250,000 number to try to fake out the voters, but his midsection is moving to raise taxes.