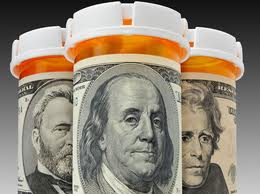 Nobody wants to get old, but few want to die young. So every birthday, we all just fondly remember the good old days as we thank our lucky stars that we made it another year.

Retirement policy in this country (and in the world) needs another look.

More and more people are living to 100 years. If someone retires at 60 and lives to a hundred, that means they are retired for about the same amount of years as they worked. The kicker is that they probably only had their top earnings in about 10 of those years.

If you did a poll of 70 year olds and asked them the question what is your biggest concern, I bet you a fairly high percentage of them would say, “outliving my money.”

That ain’t how it is supposed to be.

Social Security and Medicare have been wonderful programs for a lot of people who rely on these programs to keep them alive for their golden years. But these programs, especially Medicare, are becoming economically unsustainable for this country.

We can’t afford to pay to keep every 90 year old alive for another year with every medicine and procedure known to man and then also pay for our military, especially if we have 20 million 90 year olds hanging around. We just can’t.

Robert Samualson hits on this in his column in the Post today (http://www.washingtonpost.com/wp-dyn/content/article/2010/12/05/AR2010120503303.html?hpid=opinionsbox1) “What the Deficit Commission Left Out”: Modern democracies have created a new morality. Government benefits, once conferred, cannot be revoked. People expect them and consider them property rights. Just as government cannot randomly confiscate property, it cannot withdraw benefits without violating a moral code. The old-fashioned idea that government policies should serve the "national interest" has given way to inertia and squatters' rights. One task of the National Commission on Fiscal Responsibility and Reform - co-chaired by Erskine Bowles and Alan Simpson - was to discredit this self-serving morality. Otherwise, changing the budget will be hard, maybe impossible. If everyone feels morally entitled to existing benefits and tax breaks, public opinion will remain hopelessly muddled: desirous in the abstract of curbing budget deficits but adamant about keeping all of Social Security, Medicare and everything else. Politicians will be scared to make tough decisions for fear of voter reprisals. Unfortunately, Bowles and Simpson ducked this political challenge.”

But the two go hand-in-hand.

It is time for a new set of assumptions about how we age and how we work. We are still largely governed by an industrial-era mindset that assumes most people will do physical labor for most of their career, retire at age 65 and then die at age 70. We are also governed by a Depression-era mindset that states that people ought to retire at age 65 (or younger) to clear the way for jobs for younger Americans. That assumes that job creation is a zero-sum game, and that younger people bring the same skills to a job that older people will bring.

Of course, most Americans don’t do physical labor any more. Most people don’t die at age 70. And older Americans bring far different assets to the job (including wisdom, temperament, history etc), than younger employees who bring energy, ambition, and fresh ideas to the workplace.

We need to adapt our assumptions to the new realities. And that doesn’t mean just cutting benefits and letting old people fend for themselves.

I have two ideas.

First, provide tax incentives to keep older Americans on the payroll. Perhaps give companies tax credit for each older American they keep employed and then make it easier for these companies to shift some of the health care cost to Medicare.

One of the complaints I hear from older people is that they would love to work, but that nobody wants to hire them. That is a real problem, one that must be solved if we want to go ahead with the idea of raising the retirement age.

Second, we need to dramatically increase our investment in research into fighting Alzheimer’s disease and Parkinson’s disease. These debilitating illnesses are a far greater threat to our national budget picture than either cancer or heart disease. People with Alzheimer’s and Parkinson’s live a long time, but require constant and very expensive care.

We can’t raise the retirement age and then expect people with these diseases to traipse into work every day. It just doesn’t work.

We are all getting older as a society. We have to deal with it. Keeping older Americans productive and active is not only good for each one of us individually; it is essential if we ever want to get a grip on our long-term budget difficulties.