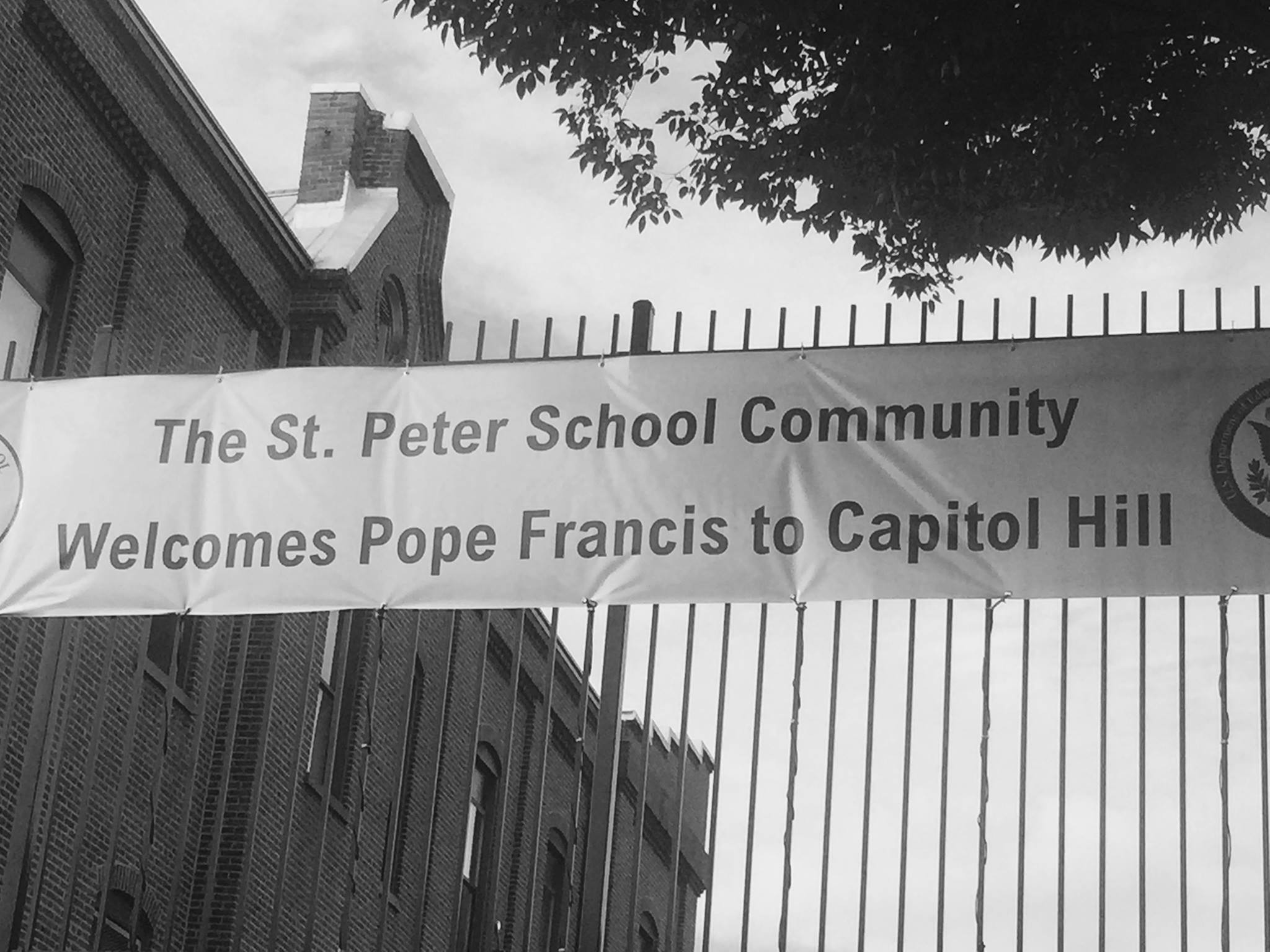 I am a fan of Francis.

I am not one to lob criticisms his way. I think he is right on most things and on the things I disagree with him about, I keep my mouth shut.

But I am shocked by America’s warm embrace of him.

I am amazed by how we have closed down streets, shut down the government and otherwise focused all of our attention upon him as he stepped foot on America’s shores for the first time.

I am shocked and exhilarated and more than a bit stunned.

My guess is the Holy Father feels the same way.

The Catholic Church has had its ups and downs over the years.

When I was at Marquette, one of my assignments as a journalism student was to conduct an interview of somebody prominent in the local community.

I interviewed Father Donnelly, a Jesuit who taught the big History survey course, and one of the questions I asked was about the flaws of the Church.

How can you believe in a church, I asked boldly, that has made so many glaring mistakes in the past?

This was way before all of the sex abuse cases had been uncovered, but the answer remains as pertinent today as it did then. He said quite simply and not in the least bit defensively that the Church is made up of human beings, and as a Church made up of humans, it is imperfect, like any other human institution. It does its best to honor God, but it makes mistakes.

The Church has been around a long time. Francis is the 262nd Pope, although the first Jesuit. That's more Popes than years America has been around.  In my family, we like to joke with our Episcopalian friends that while their Church was founded by King Henry VIII, who disposed of his many wives like Michael Jordan disposes of Gatorade bottles, our Church was founded by Jesus Christ.

And in that history, there have been more than a few scandals. Perhaps nothing compares to the sex abuse scandals that have hit the Church over the last 30 years, but then again, there have been schisms and murders and religious wars and the Inquisition.

The Church has survived them all, and it looks to me that it will survive the latest ones. And that is no small part thanks to Pope Francis.

Francis is doing something novel in religious thought. He is actually channeling Christ as Christ would want it. He is focusing on the poor, the downtrodden, the sick in spirit and in health. He is worried about our planet and its health, worried about a culture focused on materialism, worried about the excesses of egoism and narcissism.

He has become a rock star with this novel approach.

I get a kick out of some of my more orthodox Catholics friends who think that Francis is some sort of religious fraud.  Either the Conclave that produced the current Holy Father is inspired by God or it is not. Either you believe that God played a role in giving us Francis or you don't believe in the Church at all.  You can't be a true Catholic and follow the Pope only when it is convenient or comfortable for you.  If God did indeed play a role in the selection of Francis, than we ought to at least, as Catholics, give him the benefit of the doubt that he has the best interests of the Church and its future in mind with every pronouncement he makes.

Francis comes to America when Catholics are more influential politically than ever before. Both the Speaker and the House Minority Leader are Catholic, as are the Majority Whip, the Deputy Majority Whip and the influential Ways and Means Committee Chairman. The Supreme Court has a majority of Catholics (some more devout than others, but Catholics nonetheless). Jeb Bush, the insider’s favorite to get the GOP nomination, is Catholic, as is Joe Biden, the Vice President and possible Presidential nominee for the Democrats. Marco Rubio is Catholic, as is Martin O’Malley. John Kasich used to be Catholic, and frequently sounds more Catholic than most of the Bishops.

There’s a reason that John Boehner felt comfortable inviting Francis to address a Joint Meeting of the Congress. Catholics are now running the place, on both sides of the aisle. Some Protestants might grumble under their breath, and some might publicly complain about some of the Holy Father’s comments, but the days of virulent anti-Papist bigotry are long since past.

It's more than a bit ironic that the only Member of Congress who has announced he is boycotting the Holy Father's address to Congress is actually a Catholic.

Five decades have passed since John F. Kennedy became the first (and so far, only) American President who happened to be Catholic. I predict that there will be another one, and it will happen very soon.

This is the Catholic moment in America. When things looked most bleak for the Church, along came Francis. And now things seem right again.