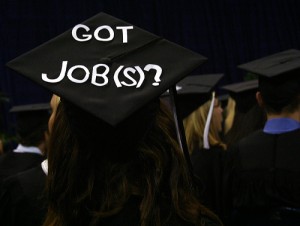 We drove back from our vacation in Florida, and as you are driving through the Old South, there aren’t many very good radio options on either AM or FM, unless of course, you want to listen to a Baptist preacher telling you how the world is going to Hell in a handbasket, and only your personal contribution to his church can buy your salvation.

With the earthquake and then the hurricane hitting Washington D.C., I could be convinced that the world is going down the tubes, but I probably would never be convinced to give any of my hard-earned money to a Baptist preacher, no matter how convincing he might sound.

Only once did I hear a radio show that didn’t have a religious theme, and it was a North Carolina representative of the NFIB talking about the crushing impact of regulations on small businesses.

As somebody who started up a small business (a very small business) four years ago, I can relate. Most of the regulations aren’t federal, especially if you live in the District of Columbia. And if you are a small business, your biggest investments early on are on lawyers and accountants. You need both to be able to figure out how to navigate the laws, the regulations, the regulatory agencies, the confusing paperwork requirements and all the other government mandates that come from all levels of the bureaucracy.

Federal regulations are the coup de grace for many small businesses. The Obama Administration seems most intent on killing starter businesses with their killer regulations. Obamacare is only the most famous of these job killers. The EPA, the NRLB, the Justice Department, the Commerce Department, OSHA, all seem to conspire to make it even more difficult to get a small business started.

John Boehner wrote Mr. Obama a letter today in which he asked the President to explain his new regulatory agenda. Boehner, in the letter, said: “I am asking that your Administration provide a list of all pending and planned rule-makings with projected impact on our economy in excess of $1 billion. I ask that you provide this information by the time Congress reconvenes so that the information will be available as the House considers legislation requiring a congressional review.”

Boehner is asking for this information because at some point and time, enough is enough.

I have a simple proposal. The Obama Administration should be required to waive regulatory requirements for all small businesses that make a profit of less than 10 million dollars for a period of two years. That includes minimum wage laws, OSHA, EPA, everything. This will give small businesses a chance to create jobs and get the government off of their backs. This will put people back to work and get the economy moving again.