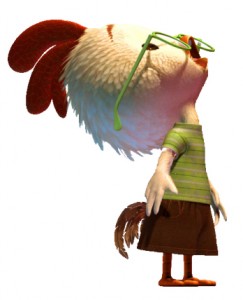 A mighty wind blew in over the weekend.  Television anchors were stretched to the limit as they desperately sought ways to fill airtime.  Emergency workers looked far and wide to fill in their time cards.  And plenty of people suddenly freaked out over the possibility that they might get wet.

New York City Mayor Mike Bloomberg decided to close down the city’s mass transit system a full day before the storm was supposed to hit the Big Apple.  When the rainstorm finally hit (without any of the promised flooding), a lot of the Mayor’s critics wondered in loud and not very pleasant voices, if he was over-reacting.

He said that he would rather be safe than sorry, and that is a very common reaction among politicians.  “We must be safe, not sorry,” should be the catchphrase of the 21st century.

That sounds completely rational in the abstract.  It makes perfect sense to be cautious, especially when it comes to a major storm like a hurricane.

But being overly cautious is not without its own risks.  I call it the “Chicken Little Syndrome”.  If political leaders continually warn that the sky is falling, and the sky does not fall, it can cause a huge problem with voters.

We live in an era when political leaders are consistently scaring the shit out of voters.  We can’t board airplanes without being frisked because of the risk from terrorists.  Every piece of luggage left behind in the subway causes widespread panic.  The food we eat either causes cancer or worse causes us to be so obese that we can’t get our blue jeans on.

The American people are getting tired of being freaked out.

It only gets worse when those warnings don’t pan out.  When Hurricane Irene turns into “Come On Eileen”, widespread panic turns into widespread cynicism.

Bloomberg and others are taking the wrong lessons from Katrina.

Katrina was a perfect example of what happens when a perfect storm of complete political incompetence joins forces with a citizenry that borders on savagery with a real, catastrophic weather event.

New York couldn’t have replicated the sheer incompetence of the New Orleans and Louisiana if it wanted to.  It just isn’t in the bones of the political leadership there.

As a result, Mr. Bloomberg shouldn’t have over-reacted.  Sure, he had a bad snowstorm earlier this year, but hey, it happens.  New York’s snow emergency didn’t match Katrina in any way, shape or form.

We need more calm efficiency from our politicians and less of the “Chicken Little Syndrome”.