The Art of Compromise 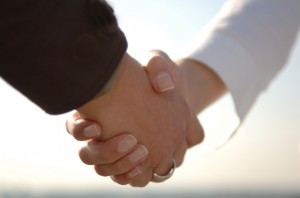 It was Benjamin Disraeli, the famous English Statesman, who said, “if you are not very clever, you should be conciliatory.”

By that reckoning, Mitch McConnell is very clever indeed.

McConnell has summed up the situation pretty well with his statements since the midterm elections of 2012.

He made pretty clear that his strategic objective is to make President Obama a one-term President, because only by achieving that goal can he achieve his other goals, which include repealing the President’s health care law, enacting pro-growth economic policies and cutting spending.  In a speech to the Heritage Foundation, McConnell said: “Over the past week, some have said it was indelicate of me to suggest that our top political priority over the next two years should be to deny President Obama a second term in office.  But the fact is, if our primary legislative goals are to repeal and replace the health spending bill, to end the bailouts, cut spending and shrink the size and scope of government, the only way to do all these things is to put someone in the White House who won’t veto any of these things.  We can hope the president will start listening to the electorate after Tuesday’s election. But we can’t plan on it.”

Indeed, McConnell and Congressional Republicans can’t plan on the President coming to the center.  Barack Obama is no Bill Clinton.  Where Clinton was a centrist governor before he was elected President, Obama was a darling of the far left.  And where Clinton went through a complete make-over after the historic election of 1994, there is no evidence that Obama will do that kind of soul-searching.

There are only really three places where some sort of compromise is necessary.  First, the government has to stay open.  Second, the debt limit has to be raised.  Third, scheduled tax increases need to be postponed until after the economy gets back on its feet.

Gridlock is what many voters on the right want as result of the election.  They wanted the Obama agenda to be stopped.  They wanted an end to the spending spree.  They wanted the rapid expansion of the size and scope of government to shut off, immediately.  They don’t want funding for the President’s health care bill, especially those parts of the bill that would enforce new regulations on small business paperwork and the individual mandate.

It is in the best interests of Mitch McConnell and John Boehner to listen to their constituents, which I am fairly certain that they will do.  Their constituents don’t want compromises that expand government spending and increase the debt.  Gridlock is their friend in this scenario.  There is no reason to budge from that position.

President Obama still runs the government.  Harry Reid is still Senate Majority Leader.  Nancy Pelosi still runs the House Democratic Caucus.  They still have most of the power.   The Republicans, in this election, have only gained the ability to say “no”, and make that “no” mean something.  They should say “no” early and often.

No need to compromise.  Not now.