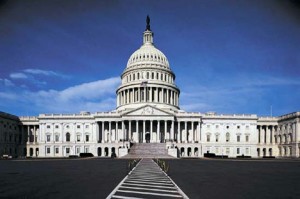 One fifth of the 112th Congress is made up of new members.

Like the class of 1974 and the class of 1994, this new class will likely consist of serious legislators, complete jokers, future television stars, possible Presidential candidates, and maybe a felon or two.

The great thing about the House of Representatives is that it actually does represent a wide cross-section of America.

The flavor of the new class is heavily scented with Tea.

The Tea Party revolutionaries, like the revolutionaries of previous electoral revolutions, comes to Washington with complete disdain for a town that actually becomes quite livable for nine months of the year (it is absolutely brutal here in June, July and August).

People outside Washington snarl about the “inside the beltway” crowd.  And the new representatives that are coming here in the next couple of months have promised to change Washington forever.

But all that being said, the influence of the class of 2012 will wane if the majority of them lose in the next election.  If the class wants to be more durable than a sandcastle built on the Atlantic City beach, it has to remember a few simple rules.  Here they are:


Washington has some serious problems and hopefully the class of 2010 can help fix them.   But they will only be successful if they can stay longer than one term.  It does democracy no good if the new members come in like a lion, only to leave like a lamb.