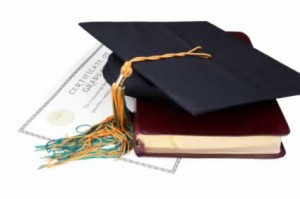 Are you ready for some college football?

After a summer of revelations about how corrupt the college football system has become, you could be excused for not being quite ready for a new season.

Apparently, a University of Miami booster spent millions of dollars providing prostitutes, payola, and other perks to star athletes at the program in order to restore the Hurricanes to former greatness. Isn’t that special?

This followed a scandal at Ohio State University that forced its esteemed football coach, Jim Tressell, from his job. Tressell didn’t think it was particularly useful to follow the rules as set forth by the NCAA, and while that helped him short-term to a NCAA championship, it hurt his long-term job prospects.

Last year’s Heisman Trophy winner, Cam Newton, was so tainted with scandal that it became a open question as to whether he would be forced to quit before he was to receive the award. He wasn’t and he got it anyway. The chief allegation was that Newton’s father had put his son on the open market. You pay the father a lot of money and you get the son to play for the program, a clear violation of NCAA rules.

College football is only part of the problem.

In school district after school district, it has been revealed that cheating has been widely conducted by a group of people to help those school districts exceed No Child Left Behind standards. Those people are not the students. Nope, it is the teachers who have been taking the lead in erasing wrong answers and putting in place the right answers.

These cheating parties cheat the children. If the kids don’t know the answers they haven’t learned anything. But, education these days isn’t really about the kids anyway. It’s about the teachers and their job security.

Kids these days gain their inspiration from Snookie and the kids at the Jersey Shore. They learn that fame for fame’s sake is enough. They learn from their parents and their coaches that the ends justify the means, and that ethics is a quaint custom of the past.

We are teaching our children well, as Crosby, Stills, Nash and Young once sang. My question is what exactly are we teaching them?