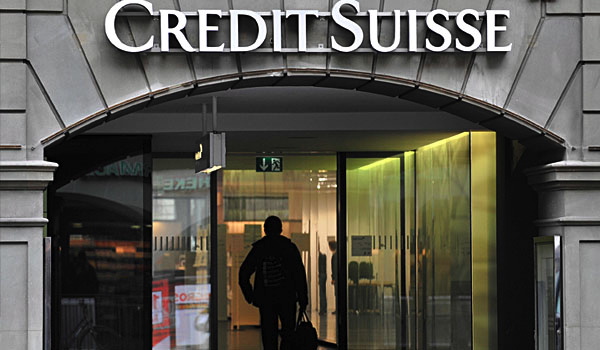 When I grow up, I want to have a Swiss bank account.

Not to avoid taxes, mind you.  Just because I think it would be cool to say that I have a Swiss bank account.

The Democrats are making a meal out of Mitt Romney and his reliance on Swiss and Cayman bank accounts to avoid getting gob-smacked by taxes.

They imply that this is somehow unpatriotic and somehow Mitt Romney is not paying his fair share of taxes.

It is an effective argument.  I am not going to kid you.

Will it be enough of an argument to overcome the fact that Barack Obama’s socialistic-leaning  economic policies have killed job creation in this country?

I don’t think so, but Romney has to do better than call these attacks disgusting and somehow illegitimate.

Rich people don’t like to pay beyond a certain portion of their money in taxes.  If you are very wealthy, and you have to pay a couple million dollars to the federal government, it starts to piss you off after a while.

The rich pay the lion’s share of taxes in this country.  The upper one percent pay about 75% of the taxes or something like that.  Poor people pay comparatively nothing in income taxes.  In fact, if you are at the bottom 50% of the country, it is highly unlikely that you pay anything in taxes.

The rich can afford to pay for accountants to find ways to shelter some of their wealth, and a well-known and perfectly legal way to limit the taxes you have to pay is to put it overseas somewhere.  Bermuda is a nice place to park your money. So is the Isle of Mann. And, of course, so is Cayman and Switzerland.

All of these places have become far more transparent in their tax dealings, mostly because some of these tax shelters used to be places where terrorists would park their money too.  When the Bush Administration and the Blair Government decided that terrorists shouldn’t have tax havens too, they made these small little countries open up their books.

If you park your money in these tax shelters, it is perfectly legal.  It is kind of like putting money in an IRA or a 401k.  You are avoiding the inevitable.  If you want to bring that money back into the U.S., you have to pay the piper.

Romney and all of the other rich people in the world understand that if they want to live in America and they want their money to come back home to them, they have to pay taxes on it.

Mr. Obama thinks that by attacking Mitt Romney on where his overseas income is parked, he can score some points with white ethnic voters who right now blame Obama for their economic troubles.

He is using class warfare in hopes that he can overcome his poor performance as President.

I don’t know if it is going to work, but I guess if you are Obama, it is worth a shot.

Romney should let it all hang out now.  He should push to have this fight now, so it doesn’t become an October surprise later.

Romney can’t win every battle and he certainly won’t win this one.  But he can pick the place and the time to engage it and get it over with, so he can turn attention back to his strongest line of attack.  That Obama has failed to create jobs in America.