Governing Is Hard. Campaigning Is Easy. 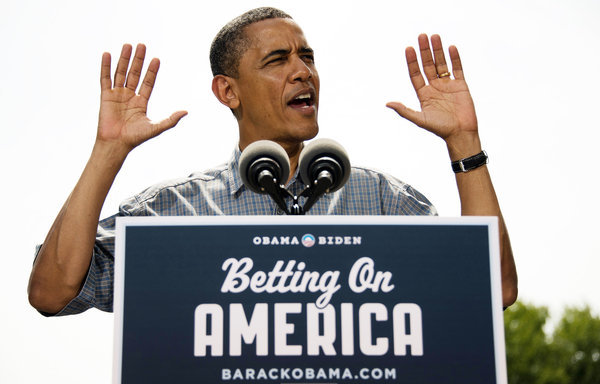 Governing is hard. Campaigning is fun.

In campaigns, you get to demonize your opponent. When you govern, you have to compromise with them.

When you campaign, you can make all kinds of outlandish promises. You can promise to balance the budget by not cutting any spending or raising any taxes. When you govern, you have to carefully walk away from all of those promises. You have to figure out a way to spend less money and bring in new revenue. In fact, that is pretty much all you do.

Campaign guys get all of the attention. They make the slick ads. They are the “gurus.” James Carville was the first celebrity campaign guy. Karl Rove was another famous campaign guy.

Nobody has heard of the guys who govern. They tend to be anonymous staffers who understand the budget and know how to cut a deal.

A permanent campaign makes it harder to govern.

Campaign people don’t like governing because governing is hard. To govern, you have to forget your stupid campaign promises. But campaign people hate when that happens, because it makes their job harder. So they advise against it. And most politicians, who care first about keeping their jobs, usually take the advice of their campaign people.

The Obama administration seems to care only about the campaign. David Axelrod, the Obama message guru, left for Chicago, but he was replaced by David Plouffe.  The two Davids share the same philosophy. Governing is for the birds. Let’s campaign!

Paul Fahri of The Washington Post wrote an interesting article over the weekend about a school of thought that implies that campaigns are mostly a waste of time. Called the Minimal Effects Model, “simply stated, the model says that presidential campaigns have a highly limited effect on how people vote. Because of partisan loyalties and other structural factors, millions of voters have made up their minds long before the most intense electioneering begins.”

I think that is true to a certain extent. But I also think that how you govern helps make those choices easier for the vast majority of the American people.

Imagine if President Obama had vetoed the first stimulus bill that came from the Democratic Congress. Imagine that instead of focusing on healthcare in his first term, he pushed comprehensive immigration reform and a jobs package. Then imagine if he had let the Bush tax cuts expire and instead pushed through the Congress a pro-growth tax reform bill.

If Obama were positioned as a centrist, he would have been unbeatable. But he isn’t — and he is.

The president chose not to cross his campaign advisers. Instead he decided to play to his political base. He will say that he made tough choices, but he has vetoed only two bills Congress produced, neither of which was noteworthy. When Democrats ran the Congress, he allowed himself to be led by them. With Congress divided, he has largely stuck to campaign events.

The president’s campaign team might feel confident that they are doing everything they can to win this election, and that might be true. But it won’t be enough, unless they can convince the president that the campaign is not nearly as important as governing.