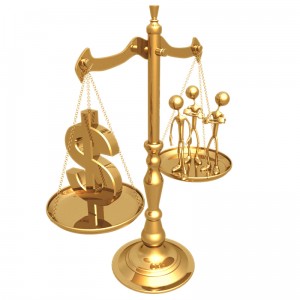 Over the next several months, Congress is going to take on three big challenges that have implications for the future fiscal health of the country.

Last year, the Democrats basically punted on two out of the three decisions. They didn’t pass the spending bills for this year, so the government has been functioning under a continuing resolution. They also didn’t bother to pass a budget, because they didn’t want to make any tough decisions that may have angered the voters.

They did extend the debt limit, though, because if they didn’t, the troops wouldn’t have been paid and Social Security checks wouldn’t have gone out.

The new Republican/Tea Party class, full of vim and vinegar, isn’t going to punt this time around. They are going to confront the budget and all of its implications.

The Republican Study Committee has helped define the debate by putting out a wish list of top spending cut priorities. Their priorities are not necessarily the priorities of the Senate or of the majority of the American people, but they are useful start to a discussion.

Liberal Democrats don’t like to start any budget discussion talking first about spending cuts. They like to start the discussion first by talking about how little the American people are paying in taxes.

So, what the Democrats really want is for Republicans to raise taxes for them. That is not likely to happen anytime soon.

Unfortunately, non-defense discretionary spending (which means all of the spending outside of the Pentagon, Medicare, Medicaid and Social Security, and some other welfare-like entitlement programs) is an increasingly less important part of the budget.

The truth is that if we as a nation are going to come to grips with both our short-term and long-term fiscal problems, we are all going to have to pitch in.

Share sacrifice should be the message coming out of Washington. That is the only way we will get a fiscally responsible budget.