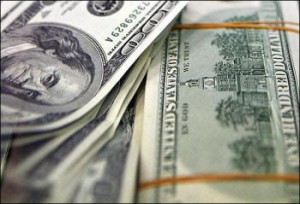 It was Everett Dirksen who once said, “a billion here, a billion there…pretty soon you are talking real money.”

That may have been true back in the 60’s, when the Illinois Senator was leading the Republican Caucus in the Upper Chamber.

But in the context of a 1.3 trillion dollar deficit, cutting a billion here and a billion there ain’t going to get the job done.

It is no secret that America is going broke. We have a 14 trillion dollar debt that shows no signs of getting any smaller. And the more we owe, the more we pay interest on what we owe.

Republicans have taken the first whacks at the budget by promising to cut anywhere from 30 to 100 billion dollars in this year’s discretionary budget.

Those cuts have caused and will cause outrage in many parts of the country. There will be groups that come to the Hill and plea with their local representatives to stop the cuts. There will be protests and online petitions and commercials and grassroots and grasstops, and all kinds of other ways to try to stop the spending cuts.

But even if they are successful in making every cut on the Republican Study Committee wish list, they are still 1.2 trillion dollars short.

That’s a lot of money.

Now, some of this budget gap can be closed by having the economy come back a bit, which will bring in more revenue on the tax side (healthy economic growth usually means more tax revenue). If jobs come back, that should also help on the spending side, because less people will be asking for assistance from the federal government.

But we will still have a huge budget deficit, even if revenues increase and jobs come back.

And most of that budget deficit will be caused by out of control entitlement spending.

The term “entitlement” is depressingly accurate when it comes to how many Americans view government subsidies. They feel that they are entitled to handouts from Uncle Sam.

But nobody is entitled to money that the government doesn’t have.

House Republicans have taken the lead in trying to cut back on federal spending, and they are taking their first cuts at the relatively small pool of discretionary spending that make up the continuing resolution.

But the real money, the money beyond a billion here and a billion there, is in the entitlements, the money that goes to Medicare, Medicaid, Social Security and Farm subsidies. That’s the real spending that needs to be controlled.

A billion here and a billion there.