Foreign Aid On the Chopping Block 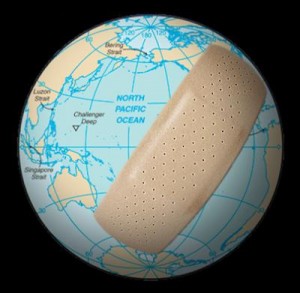 According to a Gallup poll released right before the President’s State of the Union Address, a majority of Americans said they favor cutting U.S. foreign aid, but more than 6 in 10 opposed cuts to education, Social Security, and Medicare.

That is not that surprising. Nobody wants their Social Security touched. Let’s cut spending on all those foreigners.

Another survey, released in 2010 and conducted by The WorldPublicOpinion.org project at the University of Maryland's Program on International Policy Attitudes, asked the question: "What percentage of the federal budget goes to foreign aid?" The median answer was roughly 25 percent, according to the poll of 848 Americans. In reality, about 1 percent of the budget is allotted to foreign aid.

In fact, we spend about $37 billion each year on foreign aid, out of a budget of more than 1.3 trillion.

The foreign aid budget has gone up in the last decade. President Bush spent a lot on foreign aid, especially in Sub-Saharan Africa and in programs aimed at stopping the spread of Islamic terrorism in the Middle East and of narco-terrorists in Central and South America.

President Obama has continued spending a lot on foreign aid, although he emphasizes environmental assistance much more than Bush did.

Foreign aid can sometimes be a good deal. The best example of foreign aid being a good deal is the Marshall Fund, where we basically gave Western Europe (and Japan) money, food and economic assistance, so that they could rebuild their societies after the Second World War. By building up their economies, we built up trade partners who eventually became partners in peace and stability.

We have shifted most of our foreign aid dollars from Europe to the Middle East and Africa in recent years. We also give a substantial sum to Mexico and Colombia, although interestingly, President Obama has earmarked almost twice as much for South Africa as he has for Mexico. It seems to me that Mexico would be a much higher priority, given that we have real shooting war going on down there.

The money President Bush (and Speaker Hastert) gave to Colombia was a good deal. It helped that country get back on its feet and now if Congress will pass the Colombian Free Trade Agreement, we might get an excellent trade partner out of the deal.

It is interesting to take a quick look at Mr. Obama’s foreign aid budget. He wants $27 million for Azerbajian for democracy building and $21 million for Brazil for AIDS and environmental protection.

We are giving China about $13 million to help foster “the development of civil society, and to increase cooperation on global health and environmental issues of mutual concern.” I think it is pretty interesting that we are borrowing money from China so that we can give it back to them in foreign aid.

We are also giving $68 million to the Russians to help them secure their nuclear weapons. That seems to me to be a good investment.

Our biggest investments are to Muslim countries (outside of Israel).

If you read the State Department website, they say this about our $1.5 billion dollars in aid to Egypt: “Egypt has reached a point where, in order to modernize successfully, it must display the political will to deepen reform in key sectors. United States assistance supports Egyptian efforts to expand civil liberties, introduce transparency and accountability in government, and foster democratic institutions. The United States will continue to promote respect for human rights and progress toward democratic reform in Egypt. The upcoming elections are an opportunity for the GOE to ease restrictions on non-governmental organizations (NGOs) interested in political reform.”

I hope it works out.

We give a combined $7 billion dollars to Afghanistan and Pakistan. I sure hope that money is doing some good, but it seems to me that the more we give them, the more they hate us. This doesn’t seem to be a Marshall plan to me, but hope springs eternal.

Foreign aid is not a popular thing in the United States, but if done right, it can be a good investment. I am not convinced that the Obama Administration has the right priorities, and putting this spending under the microscope seems to me the right thing to do.

Republicans are going to do their best to slash this spending, and in some cases, I might be for cutting it. But cutting foreign aid is not going to balance the budget. It is only going to lessen our influence in the rest of the world. I am all for putting pressure on our foreign assistance programs to make sure we are getting the best bang for the buck. I am not for taking us out of the foreign assistance game entirely though. Isolationism is not going to make America more secure.