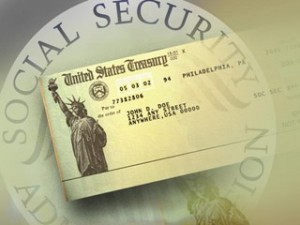 The President turns 50 tomorrow, which is a big deal, especially to the President’s fundraisers, who are doing their best to milk it for all it is worth. Apparently, they are throwing a big bash for him in my hometown of Chicago. My invitation must have got caught up in my spam filter.

50 isn’t nearly as old as it used to be (especially if you are 47, like a blogger I know pretty well), and to many old-timers who depend on Social Security and Medicare to survive, 50 is pretty darn young.

I was talking to a neighbor of mine who happens to be a big Democratic activist, and he told me about how panicked his 84-year old mother was over the possibility that she wasn’t going to get her Social Security check.

She comes from a generation where they listen closely to their political leaders, and when the President says that Social Security checks may not be delivered because America can’t pay its debt, that generation takes those threats seriously.

Just as Obamacare’s Medicare cuts were one of the drivers in the last election, I predict that the President’s rhetoric on Social Security checks will haunt him in the next campaign.

The President made this bold prediction two weeks ago in a national address: "If we default, we would not have enough money to pay all of our bills -- bills that include monthly Social Security checks, veterans' benefits and the government contracts we've signed with thousands of businesses.”

That is called scaring seniors.

While I haven’t been able to find the cross-tabs on why President Obama’s approval ratings have fallen to an all-time low, my guess is that the bottom has completely dropped out for him with seniors. You can’t go around threatening seniors that they won’t get their Social Security checks. Senior citizens don’t like such threats, they don’t respond well to them, and they get easily fed up with political posturing.

At the end of the day, Social Security checks went out, like they always do, as the debt crisis was averted. But that doesn’t mean that the seniors among us have forgotten what Mr. Obama said nor is it likely that they will forgive him.