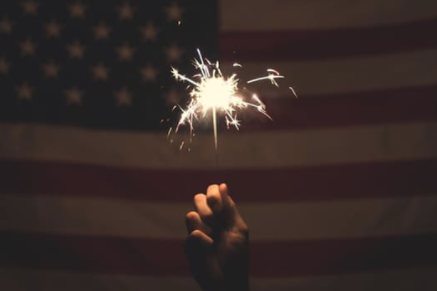 Sparking economic growth is the right obsession for the Trump Administration.

If there is one thing that typified the last 8 years, it’s the fact that the economy has limped along at an anemic growth rate of about 1%.

Sparking economic growth is not easy. It requires responsible policy choices, achieving the proper balance between government investment and private sector innovation.  It requires the protection of intellectual property and a consistent enforcement of laws.  It requires capital, both human and financial.

The Trump Administration is rightly focused on job creation.  That’s why he won the election.

The President has effectively used the bully pulpit to be a fierce advocate to keep jobs in America.  Being a job creator is perhaps the best thing he has done to help burnish his brand.

He is done many things right and a few things wrong.

He has put oppressive regulations, a legacy of the previous Administration, in the crosshairs of his executive branch.  He believes, and there is ample evidence to prove his point, that too much government relation restricts jobs growth by restraining the growth of the private sector.

He has pledged to slash the corporate tax rate, which will undoubtedly keep more American companies in America and spark growth.  The stock market has already built in some reduction in the world’s highest corporate rate, which has led to a mini-Trump rally.

Slashing regulations and taxes will help to grow the private sector.   These are on the positive side of the ledger.

But the President’s rhetoric on immigration is a negative.  Economies can’t grow without population growth and America has mostly grown throughout its history by immigrants coming into this country and creating families.  This is especially true over the last 30 years, where the population of native born white Americans has largely been stagnant.

The President and some members of his team have talked tough on keeping immigrants out, building walls and kicking the undocumented out of the country.   I am all for reforming our immigration laws, securing our border and making lawbreakers pay for breaking the law.  But we need to be smart about it, so that we don’t cut off our nose to spite our economy.

Talking about being smart, we also need to be smart about innovation.

The President’s budget had many good things included in it.  One of the bad things was that it slashed investment in science, especially NIH but also in basic research.

Over the weekend, protestors marched in the streets in several cities across the country, complaining about the President’s budget cuts to science.

I am not a big fan of these protests.  I think they are politically motivated and the theatrics behind them tend to obscure important issues that need to be thoroughly discussed, debated and resolved.

In response, Mr. Trump tweeted,  “I am committed to keeping our air and water clean but always remember that economic growth enhances environmental protection. Jobs matter!”

Jobs do matter, and I do believe that the free-market, capitalist democracies do a better job of cleaning up the environment than communist or socialist regimes.

The right type of government investment in basic science can yield impressive results.  And that type of investment has a terrific return for the taxpayers, not only by creating jobs, but also by making us healthier, making our society cleaner, and by creating a better future for our children.

The Science Coalition, a group of research universities, just released a report called “Sparking Economic Growth” that details precisely how taxpayer dollars have been leveraged to achieve all of these worthy goals.

You can find the report here: http://www.sciencecoalition.org/successstories/

These success stories have occurred despite budget cuts that have sharply slowed new investment into basic science research.

In fact, since 1990, we have not invested more than 5 percent of our Federal budget into basic science.  And under the latest Trump budget, that number could sink to well below 3%.

To grow the economy now and into the future, the Trump Administration needs a balanced approach to make businesses grow.  That means cutting taxes and regulations.  It also means investing in human capital and in basic science research to help create the jobs of the future.

Read the Science Coalition's report on sparking economic growth and learn how the right investment can create the jobs and the world of the future.